Boston Celtics big man Tristan Thompson was not listed on the team’s injury report Tuesday evening and should be available for the season opener against the Milwaukee Bucks on Wednesday night.

According to Brad Stevens, Thompson — who had been nursing a hamstring strain — went through the team’s practice on Tuesday, which did not include live action. Stevens said Thompson looked “fine” in the limited action he saw.

Thompson told reporters last week he wasn’t certain what the plan would be as games began.

“It’s good to be back out there,” Thompson said. “It’s been nine months, so it’s my first practice. Felt good to be with my new teammates and be around the coaches and be at a full capacity.

“In terms of being back playing, that’s a training staff question. For me, I’m the type of guy that’s going to punch in the clock, do whatever needs to be done, and then when they say I’m ready to go, I’m ready to go. I think the key for everyone is just making sure that we don’t rush this. We don’t want anything lingering or lagging because myself and my teammates, We’re trying to play in late June, July, so we want everyone to be healthy throughout the year.”

Thompson expects the Celtics to go through some growing pains, noting Kemba Walker’s absence in addition to his own injury.

“Myself missing both preseason games and most of the practices, those are two big parts of our team in terms of our puzzle piece and what we’re trying to accomplish that haven’t been there at 100 percent yet,” Thompson said. “So there’s gonna be some adversity. The key for us is to stay together, stay as one unit, and we can do that and trust the process at the end of the day. I know it’s a word the Sixers and Philly played out, but it’s really a statement. It’s a long season, and every day we punch the clock and stay true to ourselves and what our goal is, it gets us closer to our ultimate goal of what we’re trying to accomplish.” 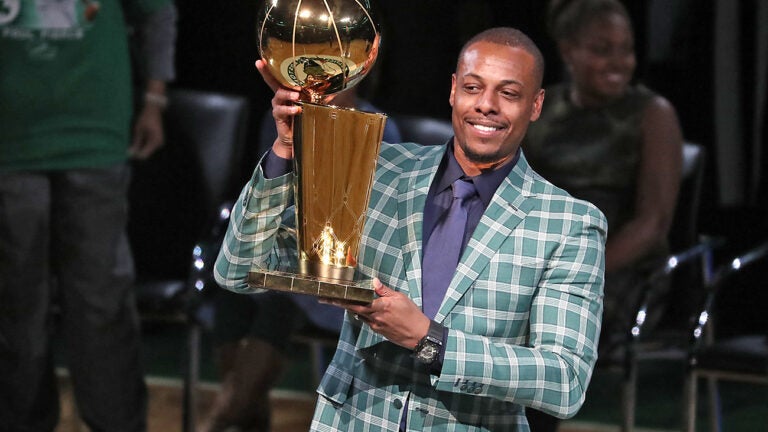 Celtics great Paul Pierce nominated for Hall of Fame’s 2021 class along with Chris Bosh, others