The Boston Celtics open their season against the Milwaukee Bucks on Wednesday at TD Garden, facing a team many consider to be the favorites to win the Eastern Conference.

Here are five things to watch.

How worried should the Celtics be about the preseason offense?

Boston should be able to answer this question fairly quickly. In a pair of preseason contests, the offense looked abysmal, but much of that can be attributed to cold shooting by Jayson Tatum and Jaylen Brown. If the Celtics’ two best players continue to struggle from the field, the team will — of course — continue to struggle overall. But assuming Tatum and Brown look more like themselves soon, many of the issues could be easy to resolve.

How different are the Bucks with Jrue Holiday?

In essence, Milwaukee replaced former point guard Eric Bledsoe with Holiday, a former All-Star and two-time All-Defense guard. Bledsoe was a nice player and a high-level defender in his own right, but Holiday is likely less of a disaster in the postseason and should slot in nicely alongside Khris Middleton and Giannis Antetokounmpo. One interesting angle to watch: What will Holiday shoot from deep? He’s 35-percent for his career, which isn’t particularly strong. Shooters around Antetokounmpo are important.

The Celtics have historically tried to defend Antetokounmpo similarly to the way they defend Ben Simmons — pack the paint and try everything possible to keep him from getting easy baskets at the rim, where he is dominant. The two complications: Antetokounmpo is more confident as a shooter than Simmons (albeit only slightly), and Middleton has historically lit the Celtics on fire.

Can Thompson help contain Antetokounmpo? The Celtics brought him in to be a bruising, physical force who can defend muscular opponents and vacuum up rebounds. Most of Boston’s roster is too small to handle him. Thompson, at least, has some height and weight. However, he hasn’t played with the Celtics yet, after missing the preseason and most of training camp with a hamstring strain.

Who starts? Who finishes?

In two preseason games, the Celtics started Javonte Green in place of Kemba Walker but played him limited minutes after his opening stint. Green’s athleticism and aggressive defense are an interesting fit next to Tatum, Brown, and the rest of the starters, but against Antetokounmpo, stronger players like Grant Williams or Semi Ojeleye might make sense.

As always, however, Stevens will insist the finishing lineup is much more important than the starters. Three of those players are obvious — Tatum, Brown, and Marcus Smart. The rest are significantly less so. Do they want Jeff Teague’s offense? Aaron Nesmith’s shooting? Payton Pritchard’s ball-handling? At big, will they go with Daniel Theis’ versatility? Grant Williams’ strength? Robert Williams’ athleticism? Thompson’s size? Stevens has a lot to decide.

How much facilitating will Jayson Tatum do?

Over and over in his preseason media sessions, Tatum has emphasized the importance of passing. That’s because defenses will now be keyed in on stopping him.

“I think you saw in the bubble that his passing was big-time,” Brad Stevens said on Sunday. “He was putting the ball on the money, he was making the right read quickly, he draws a lot of attention so guys around him have to be ready, but he’s got the vision to do that. He’s going to draw the attention where he’s going to have to do that and I think part of his continued growth is all the great players can kill you in a variety of ways. Making the right read on a pass is a big part of that.”

The Celtics need Tatum to make some shots, first and foremost. Once the shot starts to fall, the passing will be enormously important. 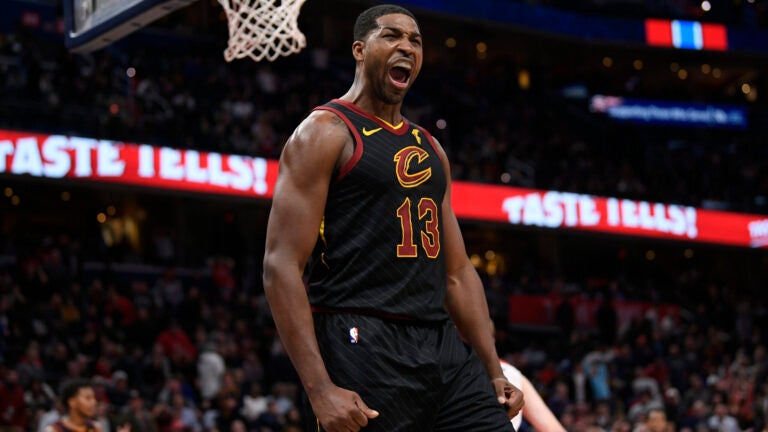