Prior to Tuesday’s game against the Indiana Pacers, Boston Celtics coach Brad Stevens pulled back slightly from offering Payton Pritchard outright praise by joking about the rookie’s tendency to step out of bounds.

“He’s a good player. He’ll be a good player for a long time,” Stevens said, growing serious. “I don’t want to overdo it. The rookie hype train can sometimes be a good thing and sometimes be a bad thing. He just needs to keep playing, keep getting better, do the best he can, and try to catch the ball inbounds. That’s the No. 1 goal. If he can go a whole game without being out of bounds, that’d be quite a victory.”

Jaylen Brown, it seems, didn’t get the memo.

“Payton is the GOAT, man,” Brown said after the Celtics claimed their second win of the season, knocking off the Pacers 116-111. “Payton came in there with the confidence. Definitely needed a spark coming off the bench, and Payton was everything and more for us tonight.”

While the hype train may already be barreling down the tracks, perhaps Stevens can take some solace that Pritchard managed to stand inbounds for the entire game — none of his three turnovers was the result of stepping out.

“That was a big accomplishment,” Pritchard said. “I had been struggling stepping out of bounds. I don’t know why. That never happened in college.”

The answer is likely the NBA’s deep 3-point line — many rookies need some time to adjust to how little space lies between the arc and the sideline, especially near the corners.

More importantly, Pritchard — who finished with 10 points on 4-for-8 shooting, as well as five rebounds and five assists — helped boost the Celtics in the third and fourth quarters after Indiana suddenly ran a lead out to 17. Previously, most of Pritchard’s offense came from 3-point attempts. On Tuesday, he was aggressive getting to the rim and finishing around taller defenders, and he helped the Celtics get into transition as they clawed their way back.

“I think my ball handling allows me to push the pace and be able to pull it out when things aren’t there,” Pritchard said. “I hope to continue to do that and push with tempo and get out on the floor, because I think that creates even more open shots for our guys and allows us to play with more time on the shot clock rather than walking it up. But as time goes on I think we’ll get better and better at that.”

Stevens was asked about his faith in Pritchard — the rookie played the fourth-most minutes on the team at 27, behind only Brown, Jayson Tatum, and Marcus Smart.

“We had him running all kinds of pick-and-rolls in the second and the start of the fourth,” Stevens said. “He’s poised off that stuff. He makes the right play, he’s deceptive so he can get in and use his body to finish as we saw on a couple of occasions. He’s a guy that knows how to play. We’re awfully small when he’s in there at times late with that group, but I thought he did a good job on both ends tonight.”

The Celtics’ point-guard group is crowded, and it will grow more crowded whenever Kemba Walker returns from his knee procedure. Marcus Smart has started and played well, and Jeff Teague showed flashes as a reliable scoring option off the bench.

Still, the Celtics are excited about their rookie, despite Stevens’ typical caution.

“We’re gonna need more guys to continue to step up,” Brown said. “Excellent guy. Excellent job from Payton Pritchard, man. Kid can play and we’re looking forward to him and other guys stepping up as well in the future.” 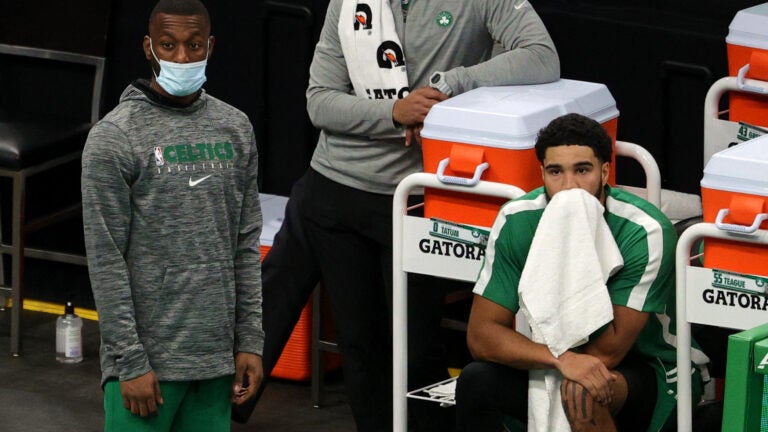