Boston Celtics wing Javonte Green will not play against the Memphis Grizzlies on Wednesday, according to the team.

Green is listed out due to “health and safety protocols.” According to the NBA, 495 players were tested for COVID-19 in the past week and zero new positive tests emerged.

Brad Stevens was asked about Green’s absence in his pre-game availability.

“I’m not supposed to talk about any of that stuff,” Stevens said. “I don’t know how long he’ll be out. But, obviously, what he was listed for is why he’s out. And we’ll go from there.”

Green averaged 12.5 minutes and 4.5 points in his two appearances so far this season.

Jayson Tatum was listed as questionable prior to the game with a sprained left thumb. Shortly before Stevens addressed the media, Tatum was declared available. According to Stevens, Tatum suffered the injury in the first half of Boston’s win over the Indiana Pacers on Tuesday.

“No minutes restriction,” Stevens said. “Sprained his left thumb. … Felt good enough to play in the second half yesterday but obviously we just want to be sure.”

Tristan Thompson, meanwhile, will miss Wednesday game. Per the Celtics, his absence is due to continued recovery from the hamstring strain that forced him to miss training camp and Boston’s two preseason games. 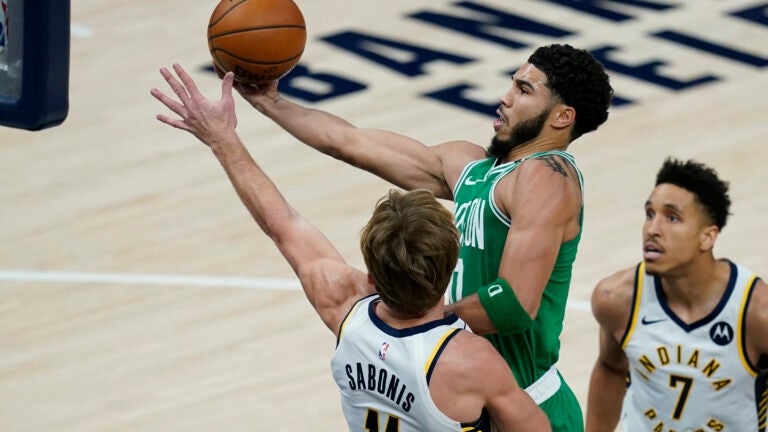