Boston Celtics guard Payton Pritchard scored a career-high 23 points on pristine 8-for-13 shooting on Monday, helping the Celtics roll over the Toronto Raptors 126-114.

With Marcus Smart and Jeff Teague out, the Celtics needed a big night from Pritchard, and he delivered. Pritchard’s teammates were visibly thrilled for him and could be seen yelling from the bench every time he beat a defender to the basket or buried a 3-pointer.

Even a 23-point outpouring, however, couldn’t get Pritchard out of a little rookie hazing. After the game, Celtics star Jaylen Brown posted a video to his Instagram of Pritchard performing the Running Man Challenge — a social-media craze from 2016. In the video, Pritchard opens a refrigerator, then starts dancing.

Pritchard was asked a hard-hitting journalistic question about the video after the game.

“I haven’t seen that video in a long time,” Pritchard said. “That was from high school, the beginning of high school I believe. Obviously now, that video is going to start going around but I’ll have fun with it. I started laughing when I seen it but he put it out there so I’m going to have to deal with it.”

Just to fact-check Pritchard slightly: Unless he was doing the Running Man Challenge before it became popular, that video was likely filmed between his senior year of high school and his freshman year of college — Pritchard joined the University of Oregon in 2016.

Still, the Celtics certainly seem to like their rookie point guard.

“He stepped up,” Tatum said. “We didn’t have Teague tonight, didn’t have Smart, so it just gave guys more opportunity and he played really well tonight. We’re going to need that going forward.” 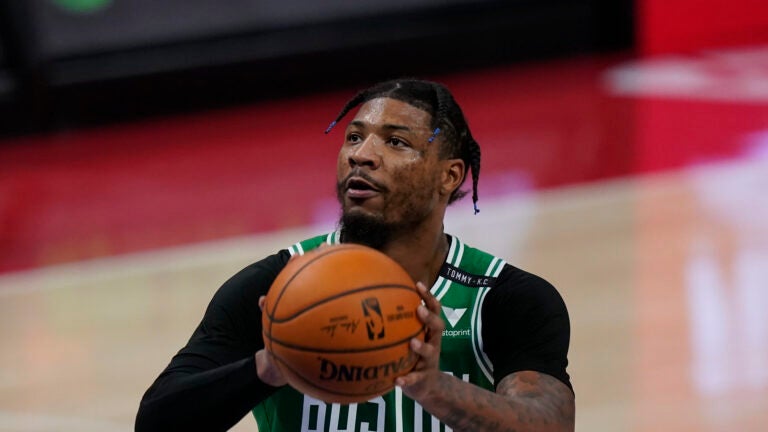