With Kemba Walker sidelined to start the season, Celtics rookie point guard Payton Pritchard has been thrust into a major role that he’s quickly embraced.

Teammate Grant Williams called him “a vet” for the poise with which he plays, and he’s looked like one outside of a few too many run-ins with the sideline.

“Fair or unfair to him,” Celtics coach Brad Stevens said, “he’s going to have to be consistent for us to have a chance to be a good team.”

On Monday, without Walker, Marcus Smart, and Jeff Teague, the Celtics relied on Pritchard even more. He responded convincingly, posting a career-high 23 points and eight assists in 32 minutes while shooting 8-of-13 from the floor, 2-for-4 from 3-point range, and 5-for-5 from the line. Pritchard finished plus-18 on the night as the Celtics cruised past the Raptors, 126-114, to move to 5-3 on the season.

Payton Pritchard was lighting it up off the bench last night ♨️

His stat line put him in some very exclusive company, as he joined Larry Bird as the only Celtics rookies to ever post 23-plus points and eight-plus assists in the first half of their rookie season. Bird did so in November of 1979.

While no one is comparing him to Bird just yet, Pritchard has certainly garnered warranted praise of late. He also became the sixth reserve in team history record that stat line, joining Bird, Dana Barros, Kevin Gamble, John Havlicek, and Gordon Hayward. Gordon Hayward. 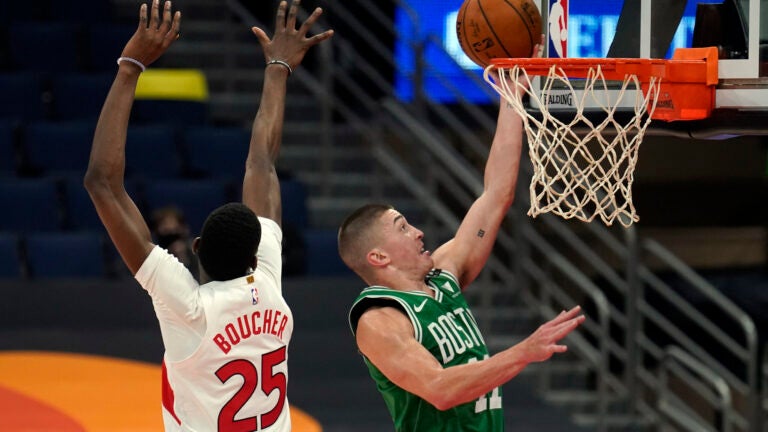