The last time the Boston Celtics faced the Miami Heat, they melted down in the fourth quarter of Games 6 en route to an Eastern Conference finals exit.

Just 101 days later, the teams face off again at 7:30 p.m. on ESPN and NBC Sports Boston. Three things to watch as the Celtics look to build on their Florida momentum.

Will Jimmy Butler revert to the mean?

Like many players in one of the strangest seasons ever, Butler has struggled early. After helping lead the Heat to the Finals last season, Butler is averaging just 10.8 points per game on 37.5 percent shooting. He is yet to make a 3-pointer as the Heat have started 3-3.

Butler has only played four of Miami’s six games so far, and he was 6-for-12 from the floor against Oklahoma City on Monday. Butler was solid against the Celtics in the postseason, but the Heat need more than 10 points from him, especially if Jayson Tatum and Jaylen Brown continue to shine.

Will we see an uptick in minutes for the Jayson Tatum/Robert Williams duo?

As noted after the Celtics’ win over Toronto, lineups with Tatum and Rob Williams have been excellent — outscoring opponents by a jaw-dropping 42.5 points per 100 possessions. That’s partly due to Tatum’s brilliance against Toronto, but even before his 40-point night, Williams and Tatum had outscored opponents by over 36 points per 100 possessions.

So why do Williams and Tatum work so well together? For one thing, they often face second units, and Tatum-plus-the-bench lineups have historically worked wonders for the Celtics. Williams said he has also focused on trying to find ways to make his teammates better when he’s on the floor.

“I just put an emphasis on my job when I get into the game, and that’s to get him shots, get open,” Williams said. “Not just him — everyone on the team, I support. I take pride in setting good screens. I feel like I’m learning the places guys like to move on the court, what shots they like to take, then I just get out of the way.”

The Celtics have started a two-big lineup all season with Tristan Thompson and Daniel Theis, but Stevens started Semi Ojeleye in the second half of Boston’s win over Toronto in place of Theis after yet another rough start for the double-big lineup. We will see if his rotations change at all on Wednesday.

How does Payton Pritchard follow up his career night?

Pritchard poured in 23 points against the Toronto Raptors in an expanded role on Monday, taking the bulk of the minutes at point guard with Marcus Smart and Jeff Teague out.

Smart is available, according to the Celtics, but Teague remains out, which will likely leave a lot of minutes for Pritchard. Tremont Waters struggled mightily in his start against Toronto, and while Boston rallied against the struggling Raptors, Miami is a different challenge.

Through eight games, Pritchard was stellar 54.0/42.5/82.7 shooting splits and has shown real flashes as both a playmaker and an aggressive on-ball defender. The Celtics could use whatever offensive boost they can get to help Tatum and Jaylen Brown — two players can only do so much. 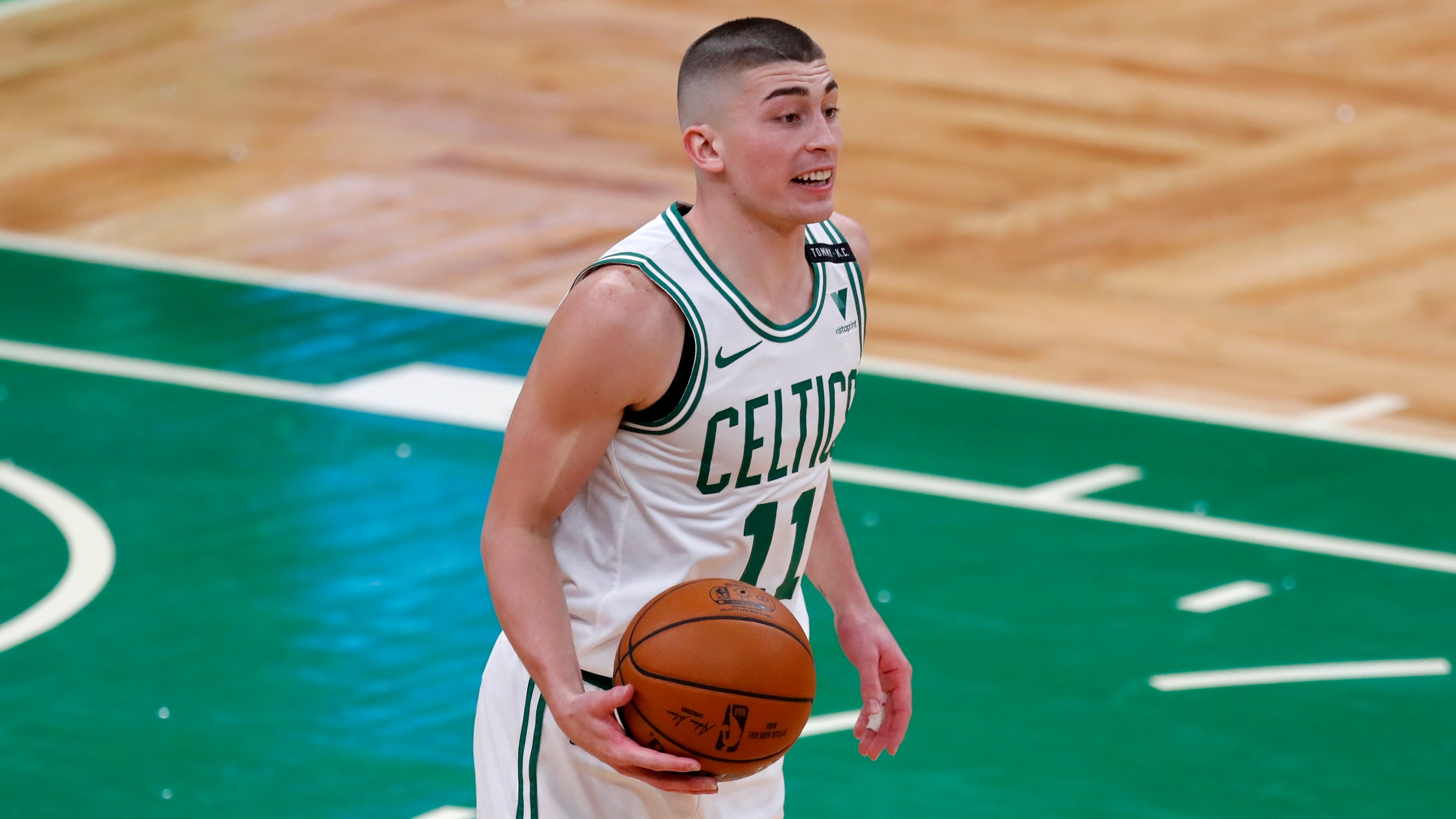