Just a few short months after the NBA was showered with praise for its hyper-successful bubble, the league is taking criticism for its handling of the COVID-19 pandemic as players are forced to quarantine for contracting the virus or for coming in contact with a teammate who tested positive.

Philadelphia 76ers guard Seth Curry’s positive test on Thursday foreshadowed a tumultuous weekend. According to ESPN’s Adrian Wojnarowski, Curry returned a positive test near the start of Philadelphia’s game against the Brooklyn Nets. Curry was already out due to ankle soreness, but he was wearing a mask on the bench when he learned of his diagnosis. Curry was quickly removed from the arena, but he had been sitting next to Sixers star Joel Embiid who — per ESPN — planned to self-quarantine until he was satisfied he would not pass the virus to his three-month-old son.

Curry was just the start. Soon after, other players began testing positive or sitting out due to contact tracing. The Celtics were stung by the loss of Robert Williams, Grant Williams, Tristan Thompson and Carsen Edwards (who was eventually cleared) due to the COVID euphemism “health and safety protocols.” Then came the big blow: Jayson Tatum reportedly tested positive for the virus, which took Jaylen Brown, Semi Ojeleye and Javonte Green out of commission as well due to contact tracing. By the time the dust settled, the Celtics had eight players available for their game against the Miami Heat on Sunday — just enough to field a roster, until suddenly Miami produced an inconclusive test, and it couldn’t field a roster either.

“Honestly, we go to work every day wondering who is going to be available,” the coach said, per Mannix.

The NBA, meanwhile, told Sopan Deb of the New York Times it has no imminent plans to lock anything down again like it did last March when Rudy Gobert tested positive.

“We anticipated that there would be game postponements this season and planned this season accordingly,” NBA spokesman Mike Bass said, per Deb. “There are no plans to pause the season. We will continue to be guided by our medical experts and our health and safety protocols.”

So why is the situation so complicated? Here are four different scenarios the NBA could consider that can help paint the picture (to be clear: The NBA almost certainly has many more scenarios than these).

Scenario No. 1: The season continues uninterrupted.

This appears to be the NBA’s current strategy, and as outlined above, it hasn’t gone well.

It’s unclear what happens to Miami now. If tests are confirmed and players are forced to quarantine, the Heat might face further postponements. As Bass noted to Deb, the league has prepared for those eventualities, but they are certainly a complication.

Teams like the Celtics, meanwhile, face an uncertain stretch. Tatum’s positive test is a major setback, and if any of the quarantined players test positive as well, they could spark a series of further absences due to further contact tracing.

Finally (and perhaps this should go without saying), NBA players can’t be certain the virus will leave them unscathed. Certainly, most players are young and healthy, but NFL star Von Miller — who has asthma — said he was “scared as hell” as he struggled through severe symptoms, and former Celtics center Aron Baynes said the virus “knocked me on my butt for a week.” Baynes told Stadium a month later that “it’s been a long time since I felt good.”

Simply hoping things don’t get too bad and rescheduling as necessary could have negative consequences.

Scenario No. 2: A second bubble.

Bubble games were competitive, the viewing experience was entertaining, and — most importantly — no positive tests were registered.

So what’s the issue with running it back? The players (understandably) hated it. Some opted out before it began. Others powered through, missing time with their families. Many, including All-Star Clippers forward Paul George, talked about the toll the bubble took on their mental health. Meanwhile, owners reportedly don’t want to pay the expensive tab that recreating Disney World magic would require.

Going back into the bubble might seem like a catch-all solution — Games continue! No more positive cases! — but the reality is much more complicated.

Scenario No. 3: A brief shutdown

Per Mannix, the league believes the situation will improve as the holidays fade further into the rearview and as vaccines increasingly (albeit slowly) reach more and more people.

“The hope — and that’s all it is at this point — is that the more distance the calendar gets from the holidays, the safer it will be,” Mannix wrote.

By that rationale, a brief shutdown has some logic. The nation as a whole is experiencing an unprecedented spike — on Friday, more than 300,000 new cases were reported, and more than 4,000 deaths were attributed to COVD on Thursday. Letting the post-Christmas/New Years’ cases fall away won’t eliminate the problem but a two-week pause could mitigate it, and for a league that plays its games inside, mitigation might be helpful.

Still, it’s worth wondering what happens if another outbreak occurs after the league shuts down for two weeks. A season can’t stop and start infinitely.

Scenario No. 4: A lengthy shutdown until players are vaccinated.

This would be the most extreme option here (although who knows what the NBA has concocted). In this scenario, the hope for the NBA would be that players could get vaccinated, then return to a relatively normal schedule.

Two major complications arise. First, Adam Silver has made it clear the NBA does not plan to jump the vaccine line. As the rollout slows to a crawl, the league — which is dominated by healthy 20- and 30-year-olds — presumably would not be at the top of the queue, and that would make its potential return cloudy.

And of course, the primary complication is money. The league would likely have to shorten its season, and they picked 72 games for a specific financial reason — by cramming that many contests in (and by starting its season near the holidays), the NBA reportedly believes it saved itself from roughly $1 billion in lost revenue.

The NBA is in a difficult spot. Fans should probably resign themselves to the same [expletive] crazy situation as the unnamed coach who spoke to Mannix: Turn on your TV every day wondering who is going to be available. 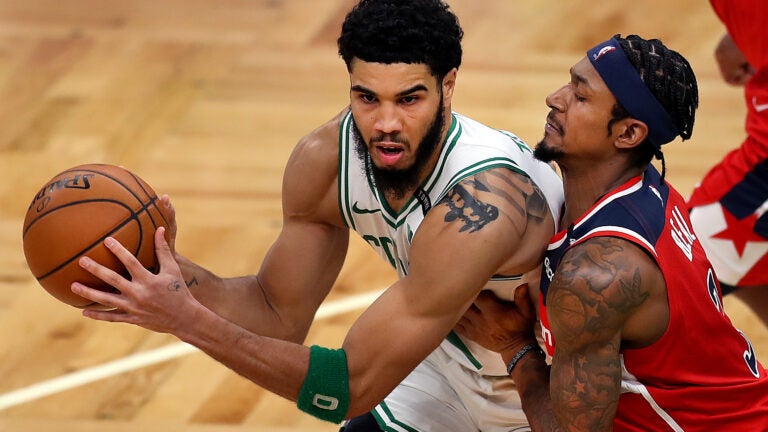 NBA postpones Celtics vs. Heat as Miami is unable to field a roster due to health and safety protocols