The situation in Brooklyn has rapidly deteriorated. Brooklyn’s dominant win over the Celtics, which caused many observers to crown the Nets the favorites in the East, is fading into the rear-view mirror. Now, Brooklyn is 4-6 in its last 10 games and just seventh in the East. The Nets have once again mortgaged their future to gamble on the present, acquiring James Harden in exchange for nearly all of their draft capital.

So how did things get so bad so quickly, to the point that a high-profile sports pundit called for one of the NBA’s most compelling players to retire?

A timeline of recent events.

Jan. 7: Kyrie Irving misses a game due to personal reasons.

Irving sat out a game for personal reasons one day after a violent mob stormed the U.S. Capitol building in Washington. Some tied the two events together. Other reports have suggested his anger at the Nets organization has been building for a while.

In either case, Nets head coach Steve Nash told reporters he reached out to Irving and hadn’t heard back, but that Irving’s absence was a “private matter.”

On Sunday, Nash told reporters he wasn’t certain when Irving would return.

“Ky’s still on personal leave and all the communication with Ky, between the organization, I’m going to keep private,” Nash told reporters. “I’m sure you’ll hear from him at some point.”

Once again, the team ruled Irving out a day before a game. As COVID cases spiked around the league, some wondered if Irving was simply trying to avoid infection.

Jan. 12: Irving is spotted at a club with his sister

On Tuesday, Irving was seen partying with his sister at a club for her birthday without a mask. That violated the NBA’s COVID protocol and — pending an investigation — could force him into quarantine, cutting short some of his salary this season.

Nets GM Sean Marks released a statement regarding the video, saying “We are aware of a video on social media featuring Kyrie Irving at a family gathering. We are reviewing the circumstances with both Kyrie and the NBA in order to determine compliance with health and safety protocols.”

Marks added that Irving remained away from the team for personal reasons and that a return date is yet to be finalized.

“Kyrie will have an opportunity to address his absence when he is ready to do so,” Marks wrote in the statement.

Nash was asked if he’s confident Irving will return this season.

The Nets pulled off a blockbuster trade on Wednesday, dealing seven picks/pick swaps to the Houston Rockets as part of a package that netted them James Harden.

Brooklyn ruled Irving out for their game against the Knicks on Wednesday afternoon. Nash was later asked about Irving’s continued absence.

“I haven’t had an opportunity to know any new details about Kyrie‘s situation,” Nash said. “I’ll rely on the front office to know more as we go.” 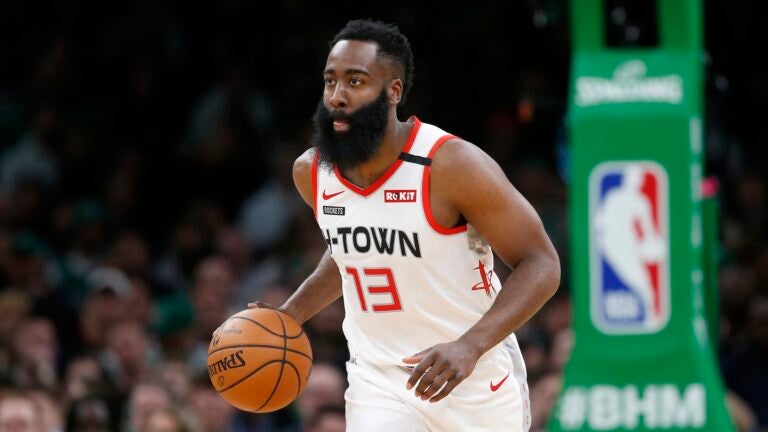 James Harden is headed to the Brooklyn Nets. What does this mean for the Celtics?