Jaylen Brown will miss his second consecutive game Sunday when the Celtics face the Phoenix Suns at 2 p.m., as he continues to deal with left knee soreness.

Head coach Brad Stevens said Brown “felt it more than he probably had been” when the Celtics played the Sacramento Kings on Wednesday. Stevens said before Friday’s game against the Los Angeles Clippers that the team was monitoring Brown’s knee carefully, and the discomfort was significant enough that he didn’t play for the first time this season.

Now it’s clear Brown needs at least one more game to recover. The team listed him as “out” on its official injury report, along with Marcus Smart (left calf tear) and Romeo Langford (right wrist surgery rehab).

#NEBHInjuryReport for tomorrow vs. Phoenix:

Daniel Theis, who left Friday’s matchup with the Clippers due to a sore right knee and didn’t return, is not listed on the injury report. He’s the only Celtics player to appear in every game this year.

The Celtics have won 2 of 3 so far on their five-game West Coast trip and are coming off one of their biggest victories of the season against the Clippers. Phoenix has won 4 of 5 and is one of the hottest teams in the NBA. 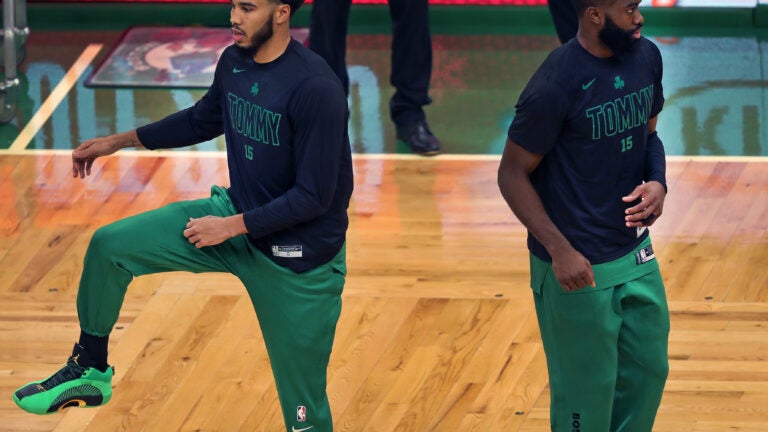