Boston Celtics general manager Danny Ainge shouldered the blame for the team’s underachieving start to the season in an appearance on 98.5’s Toucher and Rich on Thursday.

When asked by the hosts if he believes the Celtics are a championship team, Ainge answered simply: “I do not.”

His point is easy to make. After losing to the Atlanta Hawks on Wednesday — their third loss in four games against Eastern Conference teams well below .500 — the Celtics are 14-14. According to Cleaning the Glass, they have an efficiency differential of +1.6 — the lowest it has been since 2014-15, when the Celtics were 40-42. Jaylen Brown and Jayson Tatum have been excellent, but the rest of the team has struggled mightily to put together consistent success.

“Our roster obviously is not good. I mean, we are a 14-14 team,” Ainge said. “There’s no if’s, and’s or but’s about it. That’s who we are. This team, where we are, 14-14, if there’s somebody to blame, this is Danny Ainge to blame. This is not Brad Stevens. It’s not Jayson Tatum or Jaylen Brown. It’s not good enough right now. And we all know that. And, you know, we need to get better.”

Stressing that he was not excusing the struggles, Ainge noted that the regular starting five has barely played together this season due to injuries and COVID-19 protocols.

Ainge added that upgrading the team’s depth isn’t easy when players are hurt, because when injured players return, the new acquisitions can be left in the lurch.

The interim isn’t any easier, however.

“When you make the player that you peg as being your eighth-best player on your team, and needs to play a certain role – and all of a sudden he needs to be your fourth-best player, you’re not as good a team,” Ainge said. “And you can get away with those things for short stretches in a season, but it’s hard to get away from them for the whole season.”

The NBA’s trade deadline is March 25. 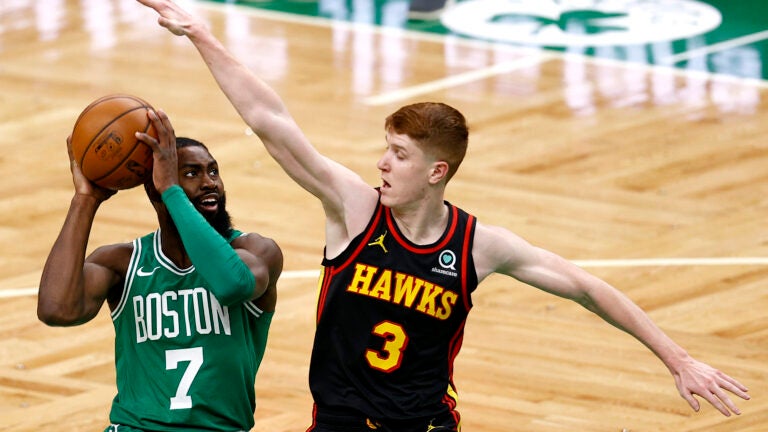