The Boston Celtics’ defense has struggled over the last few weeks, and it isn’t entirely clear who is to blame.

After Trae Young became the latest star opponent to piece together an enormous game against the Celtics — 40 points on 20 shots in Atlanta’s 122-114 victory on Wednesday — Celtics coach Brad Stevens was asked whether the perimeter or interior defense was more the cause.

“I think you’ll be able to look at the film and say that there’s improvement that can be made in all those areas,” Stevens said. “I thought our perimeter defense made it really hard on our paint defense. Our guys protecting us, either rotating over or in pick-and-roll, there were a couple times where our bigs certainly got beat off the bounce and those type of things, but I’m not sure that we had a huge impact on them on the ball, certainly not the way that they impacted us.”

The distinction might not matter much in the bigger picture. Both have struggled, and the larger point is that the Celtics need to figure out how to stop opponents from getting whatever they want.

“I go back to the Embiid game,” Stevens said, referencing the first of two blistering performances the Philadelphia 76ers star put together against the Celtics earlier this season. “I thought the Jokic game last night was different. Like he did some stuff, I thought, where we guarded as well as you could guard a guy But today was like the Embiid game. He gets 42, he crushes you. He gets 30, you’re right there. And I think that that’s more what you were looking at with Trae.”

Some obvious pieces are missing. Most notably, Marcus Smart remains out with a calf strain. When asked whether Smart is likely to return after the All-Star break at this point prior to Wednesday’s game, Stevens said only that Smart has looked “a lot” better in the limited court time he witnessed recently.

The Celtics, who are now 14-14, could use some positives in the last two weeks before the NBA gathers briefly in Atlanta. As Jaylen Brown noted, the defensive issues feel different than in previous seasons.

“It’s a team dynamic, and this year we aren’t as connected as past years as we have been,” Brown said. “This year, we aren’t as physical as in past years. This is a unique year and we’re a unique team, a new team, a young team and we are trying to put the pieces together.

“I think that we’ve won a lot of games and played tremendous against some good teams and against some other teams we haven’t, but we just got to find some consistency and I know it’s probably tough to watch. S*** it’s tough to play, but I think that there’s a lot to learn and improve on moving towards the future.”

Tristan Thompson believes the accountability needs to start with the players.

“The coach is looking at the game from a different lens,” he said. “For us as players, we’re all out there. When we’re in a defensive stand, we can all see what’s going on. I think that’s what we need to start doing. Keep holding ourselves accountable. I think it’s about time that we kind of light a fire under each other’s ass.

“If I see something or a guy slacking, I’m going to say something. I think it’s the same thing vice versa. When we start doing that, that’ll help bring more consistency to our team and I think that will lead to more games where we should get the W.” 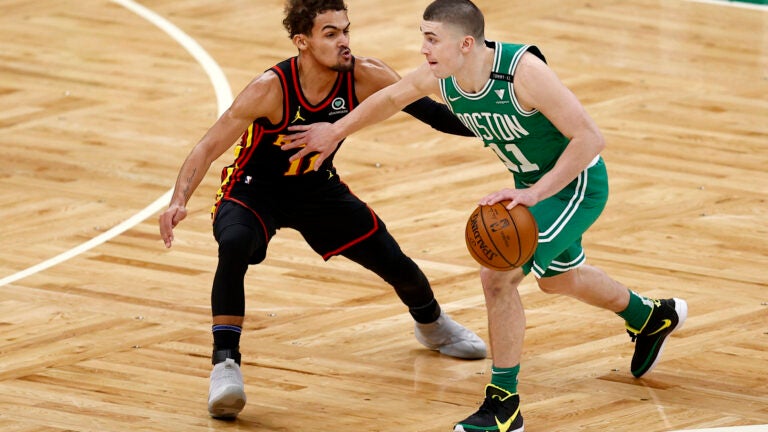