Boston Celtics guard Marcus Smart is reportedly out until after the All-Star break as he rehabs from a calf strain, but his recent progress has been positive, according to Brad Stevens.

Stevens, speaking to the media via Zoom prior to Boston’s game against the Los Angeles Clippers, said the team hasn’t gotten into specifics about Smart’s return.

“He’s getting a lot closer,” Stevens said. “What does that mean? I don’t know. It kind of depends, probably, on how the break goes, and how much he’s able to get in, and get in with our people. I think he’s planning on staying here and doing that.”

Smart suffered his injury on Jan. 30 against the Los Angeles Lakers. He crumpled to the floor holding the back of his leg, and many were concerned he might have suffered a more severe injury.

Stevens noted that while Smart is progressing, the Celtics’ schedule will allow him some extra time to prepare for a return, especially if he misses the team’s first game after the All-Star break. Boston has six days off following Thursday’s game against the Toronto Raptors before it faces the Brooklyn Nets, after which the Celtics have a rare two-day break before a grueling two-month stretch begins in earnest.

“The good news is in our first few days I think we’ll practice the Wednesday before we play Brooklyn, and then we’ve got a couple of days before we play again, and we’ll probably practice all three of those days, which would be a little unusual, but that should give him even more of a chance to practice,” Stevens said. “And so, anytime after that, then I would assume he’d probably be more ready than not having any practice time.

“Now, that said, I don’t know if he’ll be that advanced by the time we get back on the practice court.” 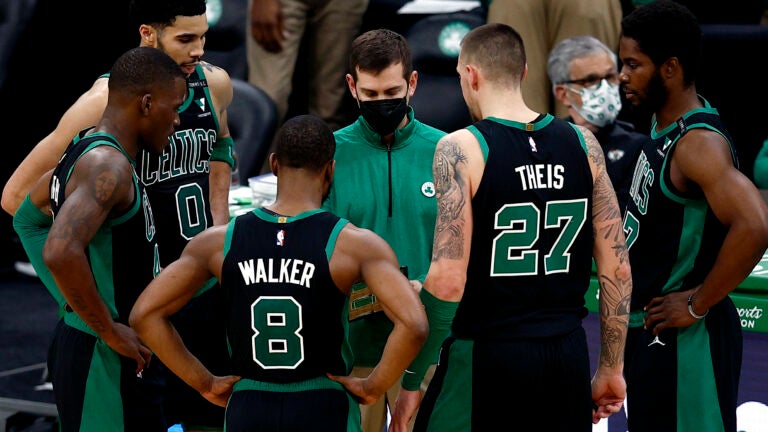