On Thursday, president of basketball operations Danny Ainge was asked about the state of the team during his weekly interview on 98.5 The Sports Hub’s “Toucher & Rich.”

“It’s been a challenging year,” Ainge admitted, noting that the team has been inconsistent even when winning.

“I don’t base it just on wins and losses,” said Ainge. “Part of our four-game win streak right before the break was good for us. We needed it for morale, but they weren’t great wins. We didn’t play great. I’ve said this before, but I feel like there are parts of games where we play well in most games. It’s just how long that part is. Is it a quarter, a half, is it three quarters?

He offered a blunt assessment of the Celtics’ current performance.

“It just seems like we don’t have a lot of characteristics of a really good team, for sure,” Ainge added. “We have some talented guys but our team right now is not playing as well as we had hoped.”

Given such a stark evaluation, the approaching NBA trade deadline would provide a major opportunity for Ainge to improve the Celtics’ roster. Teams have until 3 p.m. ET on March 25 to complete trades.

Asked by co-host Rich Shertenlieb what he would say to the fans as an explanation in case the Celtics don’t make any moves ahead of the deadline, Ainge said that he would “address that next week, and just see what happens and see what opportunities come on.”

“This is the week where the heat gets turned up, the people that want to make deals get a little more serious about deals and we’ll see,” Ainge explained. “I think that’s probably a conversation we should put off until next week.

Asked a follow-up question about if the team’s phones have been ringing with trade proposals, Ainge gave a straightforward answer.

“The phones have been ringing for the last few weeks, but I think it’ll pick up this week.” 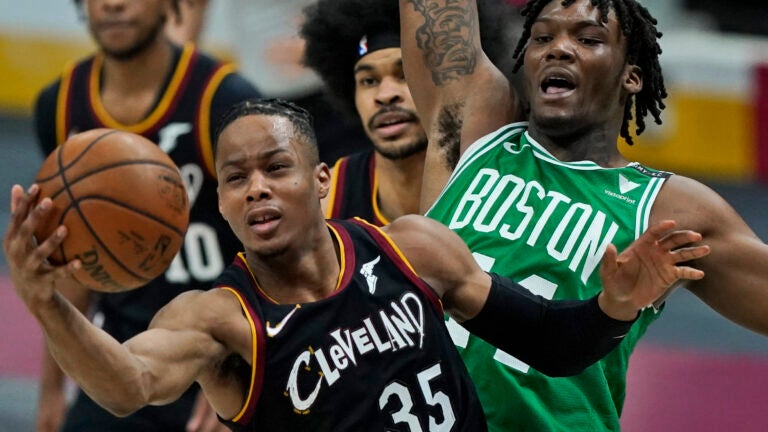 5 takeaways as Collin Sexton, Cavaliers hold off Celtics down the stretch