The Bruins lost to the Islanders in overtime on Thursday, 4-3. Goaltender Tuukka Rask left the game in the first period with an upper body injury.

The game was also notable as fans were in attendance at TD Garden for the first time in over a year.

And tonight at Warrior Arena, the Boston Pride face the Toronto Six in the NWHL Isobel Cup semifinal at 5 p.m (Connecticut and Minnesota play in the second semifinal at 8 p.m.) Both games will air on NBCSN. The winners play for the Isobel Cup on Saturday at. 7 p.m.

Kendrick Perkins on the Celtics’ deadline deals: Asked for his thoughts on the performance of Celtics’ president of basketball operations Danny Ainge through the NBA trade deadline on Thursday, former Celtic (and current NBA analyst) Kendrick Perkins utilized an analogy.

“I thought Danny did Danny things and did a wonderful job,” Perkins told NBC Sports Boston on Thursday. “He’s out here trading used cars and getting back Escalades. That’s what he did, he finessed the Orlando Magic. He got back Evan Fournier for two second-round picks. Hell of a job.

“Just think about it,” Perkins added. “We talk about that shot last night that Marcus Smart took, that wide-open 3-point shot. And I’m not saying that he shouldn’t take it and he can’t make it. But guess what? Nine times out of 10, Evan Fournier, he’s not even getting that shot because people aren’t leaving him that wide-open. That’s why he’s effective. Even if he’s not touching the ball, they still have to honor him as a decoy even being on the floor, which opens up the paint for Kemba [Walker], Jaylen Brown, and Jayson Tatum.”

“Danny’s out here trading used cars and getting back Escalades. He finessed the Orlando Magic”@Scalabrine & @KendrickPerkins share their initial reactions to the Celtics’ trades today pic.twitter.com/0k23oJNmZf

Trivia: When Kendrick Perkins was traded from the Celtics to the Thunder in 2011, what player was sent along with him as part of the deal.

Hint: He was a three-time dunk contest champion.

WHAT. JUST. HAPPENED.@WestTXD2Hoops NAILS the three as time expired and they are moving on to the @NCAADII National Championship. pic.twitter.com/3QSASXRSPT

Terrrence Mann, who grew up in Massachusetts, on his Rajon Rondo card:

On this day: In 1979, Magic Johnson’s Michigan State defeated Larry Bird’s Indiana State in the national championship game, launching one of the best rivalries in basketball history. 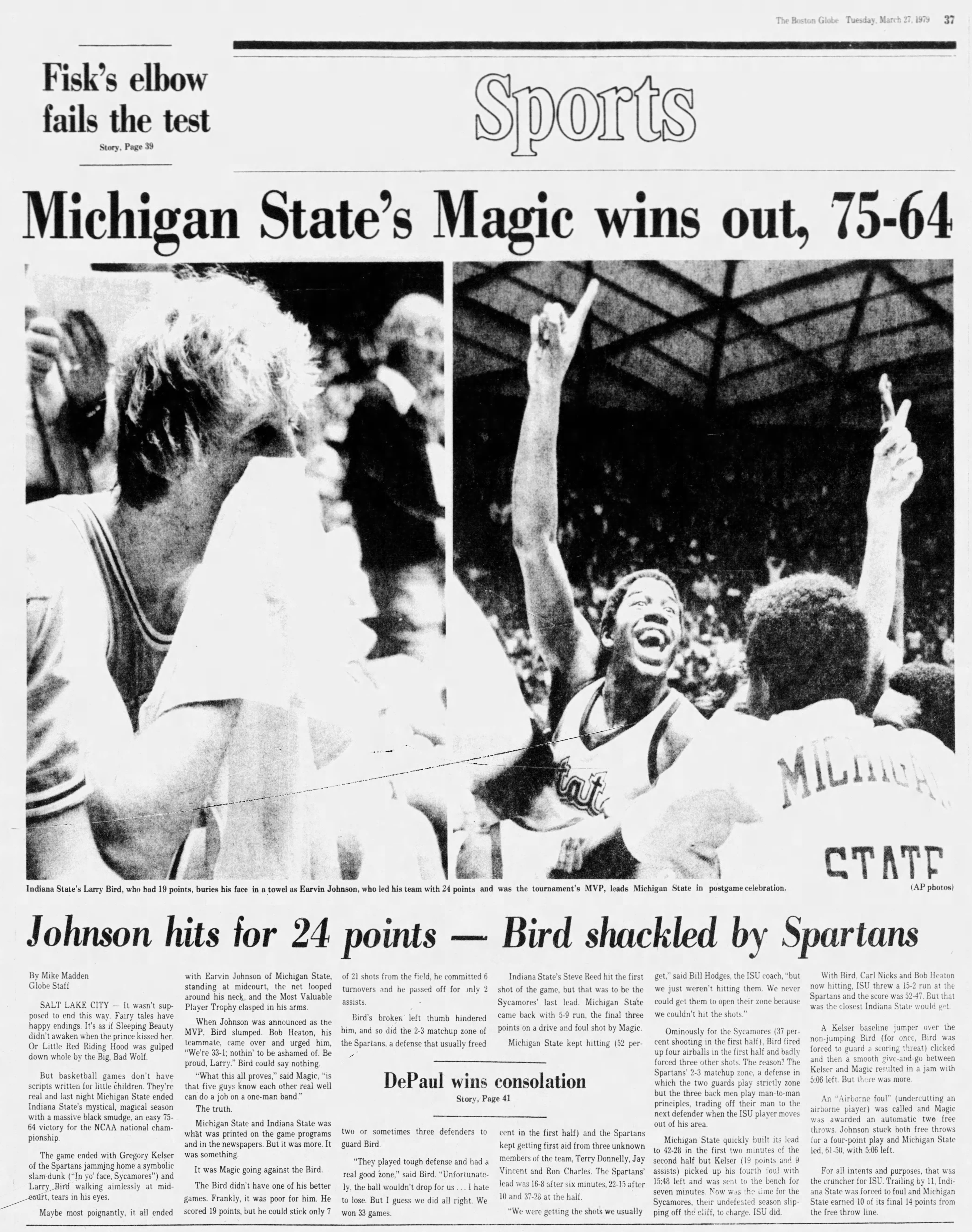 Daily highlight: Sergino Dest scored a scorching opener for the U.S. in a 3-1 friendly win over Jamaica on Thursday.

Sergiño Dest’s first goal for goal for USMNT is one to remember 💫 pic.twitter.com/6wqmGZ8loK 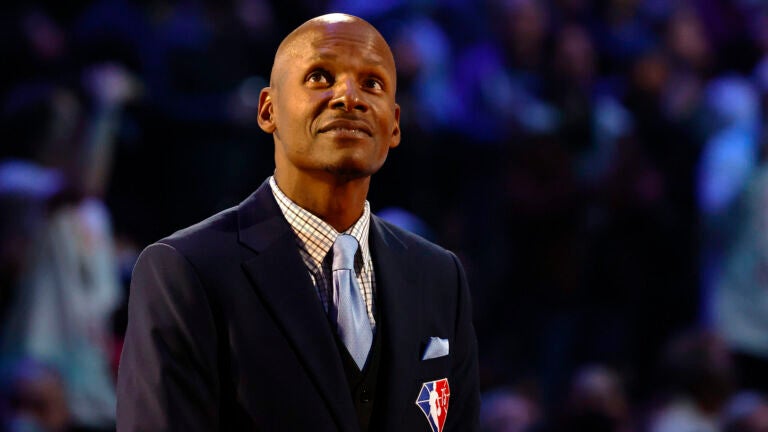