Marcus Smart believes the best way to minimize racism as much as possible is to discuss the issues at hand and explain why certain situations are a problem.

“No one is born racist. Racism is taught,” Smart wrote on Twitter. “In order to break the cycle, we have to start by teaching the younger generations.”

The Celtics guard Smart, in a piece shared by The Players’ Tribune, detailed specific personal incidents of racism that have stuck with him.

The first occurred on a day that started like any other, when he was driving to a game and about to begin the work day. A police officer pulled him over, and Smart relied on the practices he’s learned over the years.

“As a Black man, we are always taught, when you get pulled over, hands 10 and two to the wheel,” Smart said. “If you have a hoodie on, take your damn hoodie off. Don’t have anything in your hands that they can mistake for a gun. You don’t give them anything that they can use against you to say it was probable cause.”

No one is born racist. Racism is taught. In order to break the cycle, we have to start by teaching the younger generations. ✊🏿✊🏻✊🏾✊🏼@PlayersTribune
pic.twitter.com/IxpVt5PUCp

He said the officer told him that he couldn’t be a rapper because of how articulate he was, therefore he must be an athlete because of the car he drove and his mannerisms. The officer, Smart recalled, told him that his parents had Celtics season tickets for 30-plus years, and only then was he OK with Smart as a person.

“It took all that for him to find out who I was to feel comfortable,” Smart said. “I shouldn’t have to be an athlete for you to treat me like a human being.”

Smart said it’s important to compartmentalize a moment like that. He told a few people about it, but for the most part he tried to put it aside for the time being.

When he was leaving TD Garden, Smart came across a woman who was jaywalking with her son nearby. Smart politely advised her to be more cautious, and he said she responded with an F-bomb and the N-word.

“It was shocking, because you have on an Isaiah Thomas jersey,” Smart said in the video. “You just left a Boston Celtics game, whose team is predominantly African-American. It’s crazy to think that this is really how you feel about a person, but you can spend your money to come watch them play basketball.”

Smart said that when he has kids one day, he’ll have to explain why the world is the way it is. He wishes he didn’t have to, and he hopes the world is in a better place as those kids grow up, but he knows education will be necessary regardless.

“It starts at home by you teaching it in your household,” Smart said. “The next generation is going to teach it in their household, and that’s how you break the cycle. It would be real easy for someone in my generation to go the hatred route.”

He said that if people continue to have the same mindset as before, then it’s going to stay the way it is now. 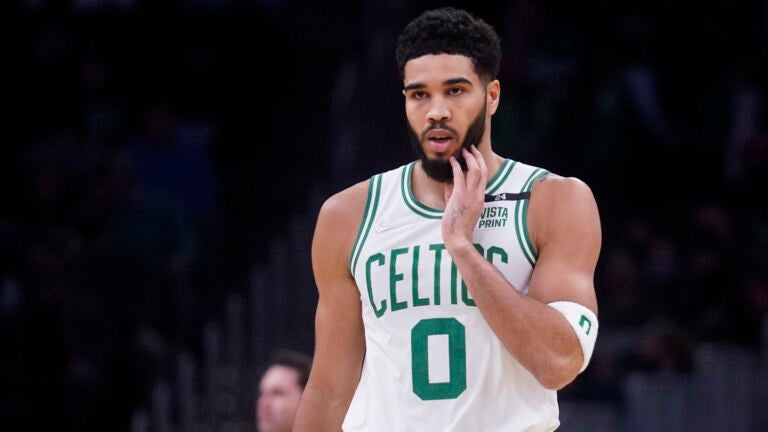 Brad Stevens after Celtics' stinging loss: 'We have a lot to fix'