The Boston Celtics could have Evan Fournier back in the lineup for Monday’s game at TD Garden against the New Orleans Pelicans, which will also be the first chance for a limited number of fans to be in attendance this season.

Fournier, who the Celtics acquired for two second-round picks at the deadline on Thursday, flew to Boston on Friday. He was ruled out of Saturday’s game against the Oklahoma City Thunder due to COVID-19 protocols, but he was upgraded to “questionable” on Sunday, suggesting his absence might not be due to a positive test.

Fournier joined Romeo Langford and Tristan Thompson on the injury report under health and safety protocols. Langford has been in the protocols since March 10, while Thompson entered on March 16.

After Saturday’s game, Stevens said the Celtics were “uncertain on at least one of our health and safety protocol people” for Monday, which — given the timing of both Langford and Thompson’s absences — could have been any of the three.

The Celtics won their last two games since they traded for Fournier even while he has been sidelined. Fournier will join the Celtics at one of their highest-water marks of the season — a big win over the Milwaukee Bucks on Friday, followed by a gut-it-out victory against the Thunder the next day. It’s unclear whether Fournier will enter the starting lineup in place of Marcus Smart, or whether Fournier will be tasked with securing the bench units.

Fournier is averaging a career-high 19.7 points on 46.1 percent shooting this season. 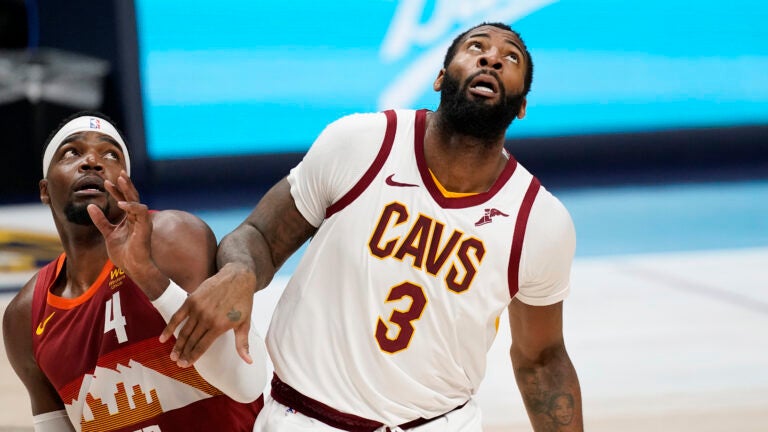 Andre Drummond will reportedly sign with the Lakers over the Celtics