After more than a year of free agency, Isaiah Thomas finally has a new NBA home.

Thomas, who last played for the Washington Wizards, hasn’t played in an NBA game since Feb. 3, 2020. The Wizards traded Thomas to the Los Angeles Clippers on Feb. 6 of that year, but Los Angeles waived him shortly after the trade.

The only organized basketball Thomas has played since his last NBA game was with Team USA in February. Over two FIBA qualifying games, Thomas scored a team-high 28 points and shot 50 percent from 3-point territory.

After spending his first three-plus seasons in the league with the Sacramento Kings and Phoenix Suns, Thomas was traded to Boston in February 2015. The 5-foot-9 guard instantly became a fan favorite, leading the Celtics to the playoffs just months after he was traded in 2015. In the 2015-16 season, Thomas earned his first All-Star nod, averaging 22.2 points per game that season.

Thomas elevated his stardom in the 2016-17 season, scoring a career-best 28.9 points per game, earning another All-Star nod, and leading the Celtics to the top record in the Eastern Conference. Thomas’ regular-season performance was good enough for him to be placed on the All-NBA second team and he finished fifth in MVP voting. A hip injury ultimately derailed Thomas’ season, forcing him to miss the final three games of the Eastern Conference Finals, in which the Celtics lost to the Cavaliers.

Three months after he suffered the season-ending hip injury, Thomas was sent to the Cavaliers in a trade for star point guard Kyrie Irving. The hip injury kept Thomas out for the first two months of the ensuing season, but once he finally got on the floor in Cleveland, Thomas never really found his place with the Cavaliers. Thomas was traded again in February 2018, this time to the Los Angeles Lakers.

Following his release by the Clippers, Thomas underwent hip surgery in May. He told Sports Illustrated that the surgery has him “moving like I did before the injury.”

Thomas joins a Pelicans squad that is 21-26 this season, sitting in 12th place in the Western Conference. New Orleans is dealing with its fair share of injuries as of late, with star forwards Zion Williamson and Brandon Ingram currently missing time and guards Lonzo Ball and Josh Hart out, too. 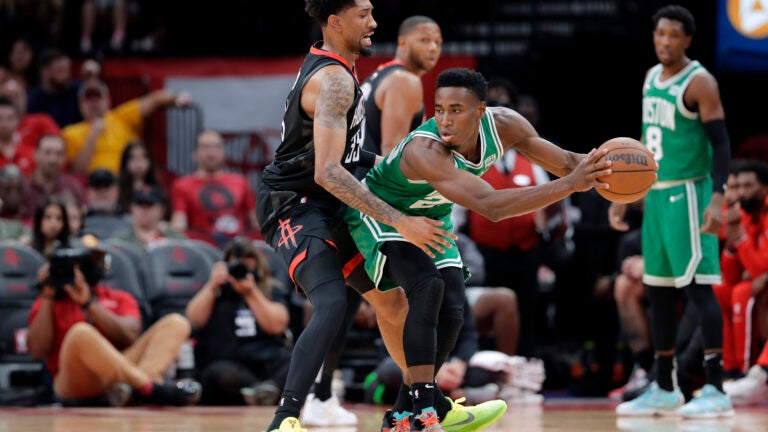