Pierce, an NBA analyst for the network since 2017, posted videos of him smoking, drinking, and cavorting with scantily clad women on Instagram Live Friday. It is not clear whether Pierce was smoking marijuana.

He has contributed to the popular NBA programs “The Jump” and “NBA Countdown” during his time at ESPN, though he had a lower on-air profile this season. ESPN is owned by the Walt Disney Company.

Pierce did not immediately return a message seeking comment Monday night, but he posted a brief video on Twitter of him laughing, with the words “Big Things coming soon stay tuned make sure u smile #Truthshallsetufree” and the hashtag “Smile.”

The 43-year-old spent the first 15 seasons of his career with the Celtics, averaging 21.8 points per game. He also played for the Nets, Wizards, and Clippers before retiring from the NBA following the 2016-17 season.

He is a finalist to be elected to the Naismith Memorial Basketball Hall of Fame this summer. 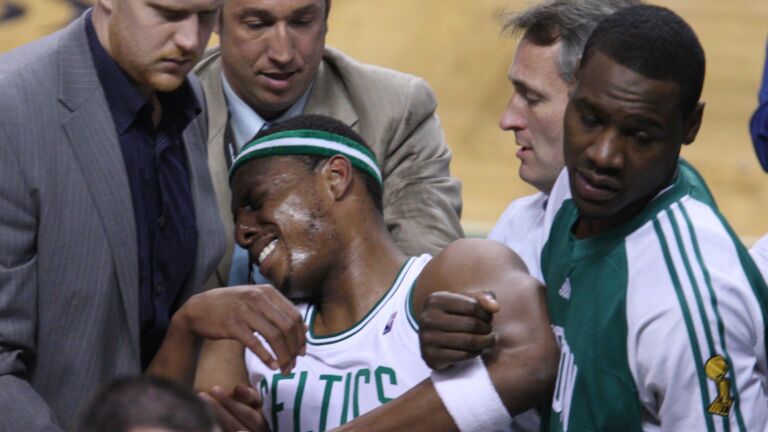 ‘Why would I need a wheelchair if I pooped my pants?’: Paul Pierce denies rumor from 2008 NBA Finals