The Boston Celtics will have some reinforcements on Wednesday as they take on the New York Knicks: Tristan Thompson will be back in the lineup after a lengthy absence due to health and safety protocols.

Thompson entered the protocols on March 16. According to Brad Stevens, Thompson will play “short bursts.”

“Not going to play a lot of minutes in a row,” Stevens said.

With Thompson on the floor, the Celtics’ offense has been outscored by 3.3 points per 100 possessions — likely in part due to a difficult start to the season. Thompson was part of the Celtics’ double-big lineup with Daniel Theis — which struggled mightily in the early going. However, the Celtics have been 1.8 points per 100 possessions better with Thompson on the floor defensively and were showing some signs of improvement as he grew accustomed to his teammates.

In Thompson’s absence, the Celtics have started Rob Williams. Williams’ net rating in the last 10 games is +5.8. In the last five games, he has a net rating of +10.2 despite Tuesday’s struggles against Joel Embiid.

Presumably, Williams will continue to start as Thompson works his way back, but it’s unclear who will be the Celtics’ starter when both are fully healthy. Stevens noted that Thompson offers a veteran presence, which the Celtics badly lack.

“Marcus and Jaylen and Jayson, I guess you could consider them vets now, and obviously Kemba,” Stevens said. “But with Fournier in and Tristan out, you can feel that a little bit. We need Tristan back. Obviously with the Theis trade, it is enormous to have him back. And I thought that he’ll play a lot when Rob is not. But I thought that Luke [Kornet] came in and showed us that he can do some things, and Moe [Wagner] has done some things, and I thought Tacko [Fall] did okay last night too. We’re going to need everybody but there’s no doubt that our center rotation will start with Rob and Tristan.” 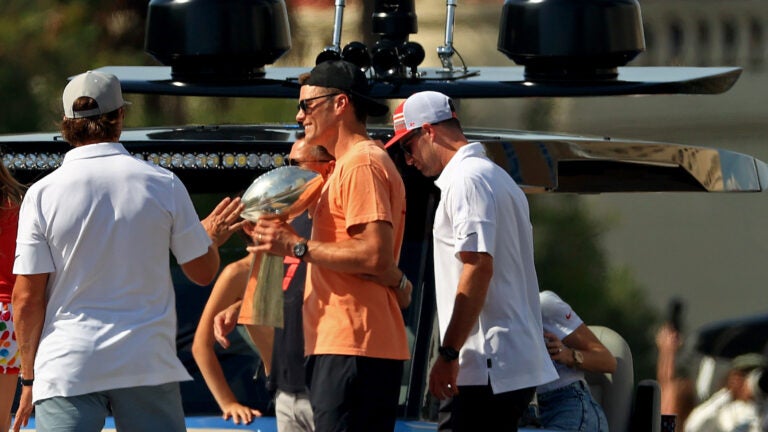