“You know, scoring 50 is a big thing in this league, especially at this age,” Tatum told reporters after the game. “It’ll be a night I’ll always remember – first 50-point game. We got the win on top of that. Big win. Every win right now is big. So, we’ll take it.”

Tatum’s performance on Friday had some history to it. At 23 years old, Tatum became the youngest player in Celtics history to score 50 points in a game. It was also the most points scored by a Celtic in a regular-season game since Larry Bird scored 60 points in 1985, per ESPN Stats & Info.

“It’s hard to put into words,” Tatum said when it was mentioned that Bird had his first 50-point game at nearly the same point of his career. “Anytime you’re mentioned in any category with someone like that, one of the greatest players ever, is an honor.”

There were a couple of key components to Tatum scoring a career-high. One of them was free throws. Tatum was aggressive in his drives to the rim, giving him 16 free throw attempts, also a career-high, on the night. He took advantage of those opportunities, hitting 15 of them.

Tatum, who’s averaging just 4.4 free-throw attempts per game this season, knew he had to be more aggressive Friday night.

“Attacking the hoop a little bit more,” Tatum said of his mindset. “And knowing the situation as far as the bonus and taking advantage of that.”

Another important aspect in Tatum getting 53 points was receiving help from his teammates. One instance of that came in the closing moments of the fourth quarter, when Jaylen Brown was all alone on a fast break and had an easy opportunity for two points. However, Brown dished the ball off to a trailing Tatum to help put the Celtics up by three points.

“That was big,” Tatum said of the play. “Everybody recognized how special that was of him, knowing the night I was having.”

“That just shows the growth in all of us,” Tatum later added. “We enjoy each other’s success.”

Jayson Tatum said everyone recognized the unselfishness in Brown on this play.

“That just shows the growth in all of us.” https://t.co/m6yHqyMgUX

The bucket represented two of Tatum’s 37 second half and overtime points. Tatum’s second-half and overtime takeover helped him to continue to cement his place as a star in the NBA. However, Tatum says he’s just happy to have a spot in the league.

“I just grew up wanting to be in the NBA when I was a kid, ” Tatum said. “Now, living out my dream at a high level, that’s more than I ever could have wished for.”

There was just one thing missing for Tatum from Friday’s game: his son, Deuce. While Deuce wasn’t there, Tatum still heard from him after the game.

“He called me after the game and told me congrats,” Tatum said. “Just means I’ll have to do it again someday and he’ll be there next time.” 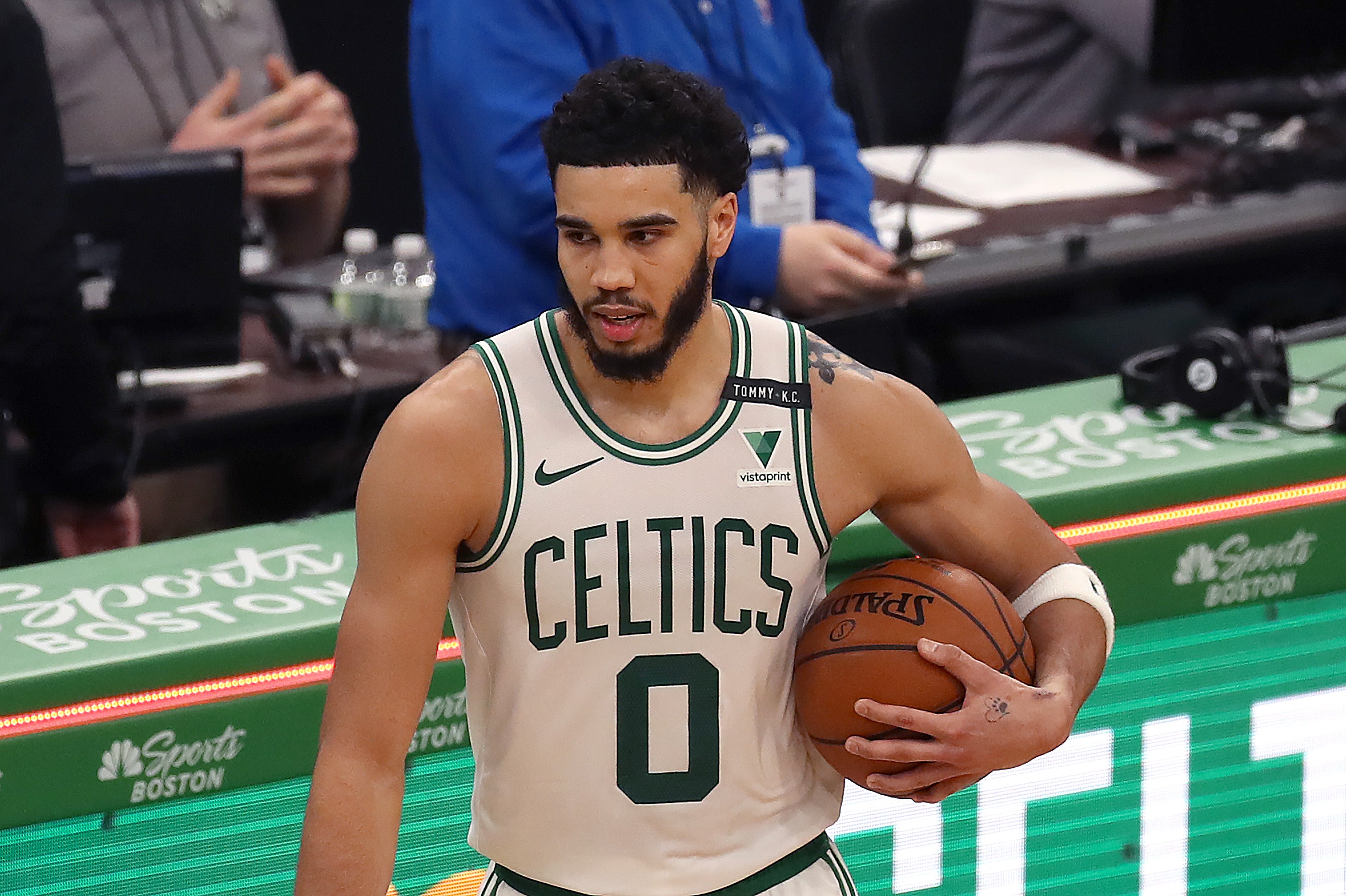