Well, no, not quite, though he does now definitively hold an edge in one area.

Smart hit four 3-pointers en route to 24 points in the Celtics’ 145-136 overtime win over the Minnesota Timberwolves on Friday. Along the way, he leapfrogged Bird and moved into fourth on the franchise’s all-time list for 3-pointers made.

Bird had 649 in an era where the 3-point line wasn’t nearly as much of a staple as it is now. Smart moved ahead of him with 4:28 left in the third quarter when he corralled a pass from Kemba Walker and drilled a shot from the corner.

“He has now officially passed Larry Bird and is ensconced in that position ahead of Larry,” Celtics play-by-play announcer Mike Gorman said.

He later hit another one to give him 651 total. Smart is fourth all-time and could eventually catch Ray Allen (798) and Antoine Walker (937). Paul Pierce’s mark of 1,823 is almost certainly unattainable.

Celtics radio broadcaster Sean Grande pointed out that Smart’s 3-point percentage through age 27 was higher than Bird’s through age 27.

As the 3-point line became more popular, however, Bird eventually had seasons where he shot 42.7, 42.3, and 41.4 percent from distance. 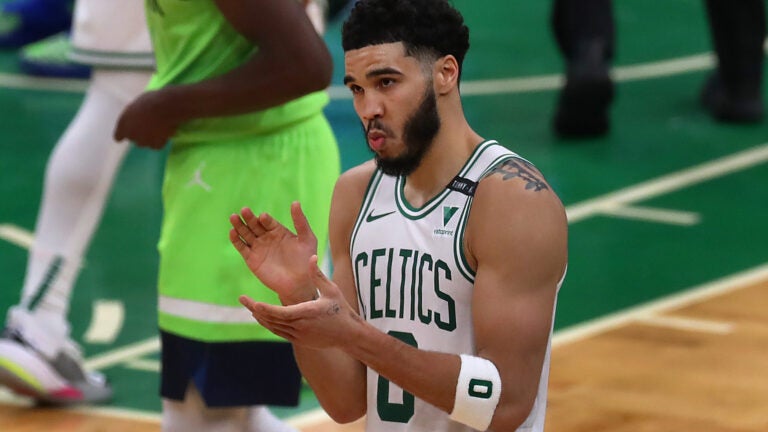 ‘It’s hard to put into words’: Jayson Tatum reacts to his 53-point performance