Celtics star Jayson Tatum has been dealing with the effects of COVID-19 for months, and over the last 10 games, he has started to look more like himself.

On Tuesday, after the Celtics defeated the Portland Trail Blazers, Tatum said he was “very close” to 100 percent, and he offered up some new information about his recovery.

“I take an inhaler before the game since I’ve tested positive,” Tatum said. “This has kind of helped with that and opened up my lungs and, you know, I never took an inhaler before. So that’s something different. I for sure feel better now than I did a month ago.”

Tatum said Celtics trainers have not indicated when he can stop using the inhaler. For many people who experience the effects of COVID long after their initial positive test, the recovery process remains something of a mystery.

In February, Tatum shot just 39.7 percent from the floor — a major dip below his usual numbers. As he put distance between himself and his positive test, those numbers normalized. Before Tuesday’s game (in which he scored 32 points), he was averaging 29.4 points in April on 51-percent shooting.

“I’ve talked to guys that said it took months for them to kind of catch their breath, and get their wind back. And I think I’m kind of on the same track with that,” Tatum said. “I for sure feel better. I don’t feel necessarily the same before I got it when I was playing. I definitely know there’s a difference. But I feel pretty good.”

The Celtics have had more COVID-related absences than any other team this season. 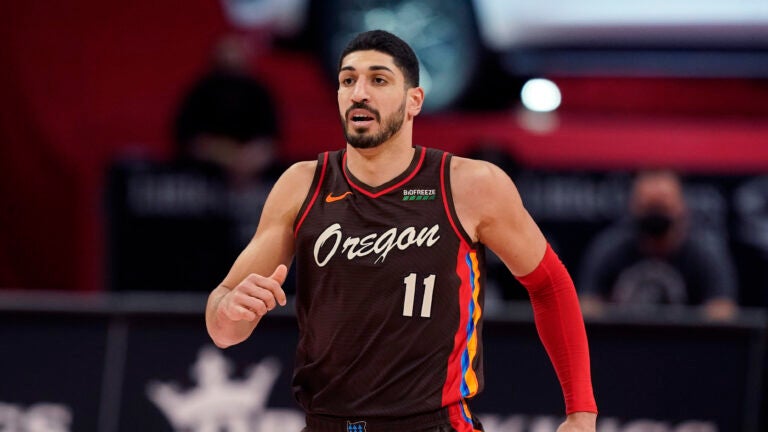