The Boston Celtics took a big lead in the fourth, then held off a garbage-time charge by the Los Angeles Lakers to claim a 121-113 victory.

The Celtics leapt out to a big lead immediately, and after Jaylen Brown’s early 3-pointer, the Lakers never got closer than four. The Lakers closed the gap a few times, but the Celtics opened up a double-digit lead after three quarters and blew the game open again in the fourth. The Lakers’ bench destroyed the Celtics’ bench in the closing minutes, and Brad Stevens was forced to put starters back into the game.

Notably, the Lakers were without both LeBron James and Anthony Davis, but the Celtics have now won five in a row and are tied with Atlanta for the fourth-best record in the Eastern Conference.

More on Brown in a minute, but we should note that one of his misses was a heave at the buzzer to end the second quarter. Subtract that, and he was 3-for-3 from deep and 17-for-19 from the floor. Impressive evening start to finish from Brown.

Beating the Lakers without James and Davis is just handling your business, but the Celtics handled their business on Thursday. They wrapped up their road trip 3-0 and now face the Golden State Warriors with plenty of momentum. If they can power through the Warriors and Bulls (who will be without Zach LaVine), they have two days off before their toughest back-to-back of the season: Phoenix at home, followed by Brooklyn on the road.

The back-to-back will be brutal, and fans shouldn’t be stunned if the Celtics drop both. But the team has clearly has new life, and after disappointing early, they are rounding into shape late in the schedule.

1. Jaylen Brown scored in every way imaginable and eclipsed 40 points thanks to the bench implosion. He got to the basket at will and hit several 3-pointers, but perhaps most interesting was the touch he showed on his floaters. He tossed in several contested shots, including two tough, crucial ones in the final minutes.

2. After a rocky start to the season, Tristan Thompson (14 points, six rebounds, five assists) now looks like a completely different player. He has been solid defensively and useful as a pick-and-roll target on the offensive end. Increasingly, he is looking to kick out when he grabs an offensive rebound which jump starts ball movement and helps create open 3-pointers.

Thompson didn’t play in the Celtics’ preseason or in the Disney World bubble, so a slow start should have been predictable. He seems to be carving out a useful role as a high-minute back-up to Robert Williams who can start as needed.

3. The Celtics’ ball movement was excellent — they recorded 32 assists on 46 field goals. With their recent wins, they seem to be building better habits — most notably extra passes and off-ball cuts. Brad Stevens has repeatedly emphasized the importance of ball movement in recent weeks, and that emphasis seems to be paying dividends. In their last 10 games, the Celtics’ assist percentage (the percentage of field goals that were assisted) has spiked significantly to 63.2 percent, up from 56.5.

4. On that note, Jayson Tatum had an off night (6-for-14 from the floor) but this pass was a beauty.

Tatum with the dime to Thompson. Wooooo pic.twitter.com/mcLIlC0fjq

5. We really can’t emphasize enough how embarrassing it is for the Celtics’ bench that the starters have now had to re-enter the game twice this season to close out what should have been comfortable victories (the first was a win over the Raptors in January). The Lakers went on a 26-4 run in the final minutes, which got the crowd back into the game and had LeBron James and Anthony Davis running up and down along the Lakers’ bench.

Fortunately for the Celtics, nobody who re-entered the game had to play all that hard — a pair of buckets by Brown more or less slammed the door. But it was increasingly clear that the bench had more than enough time to fritter away a win if left to their own devices, which has to be infuriating for Brad Stevens as he works to buy rest for his starters. 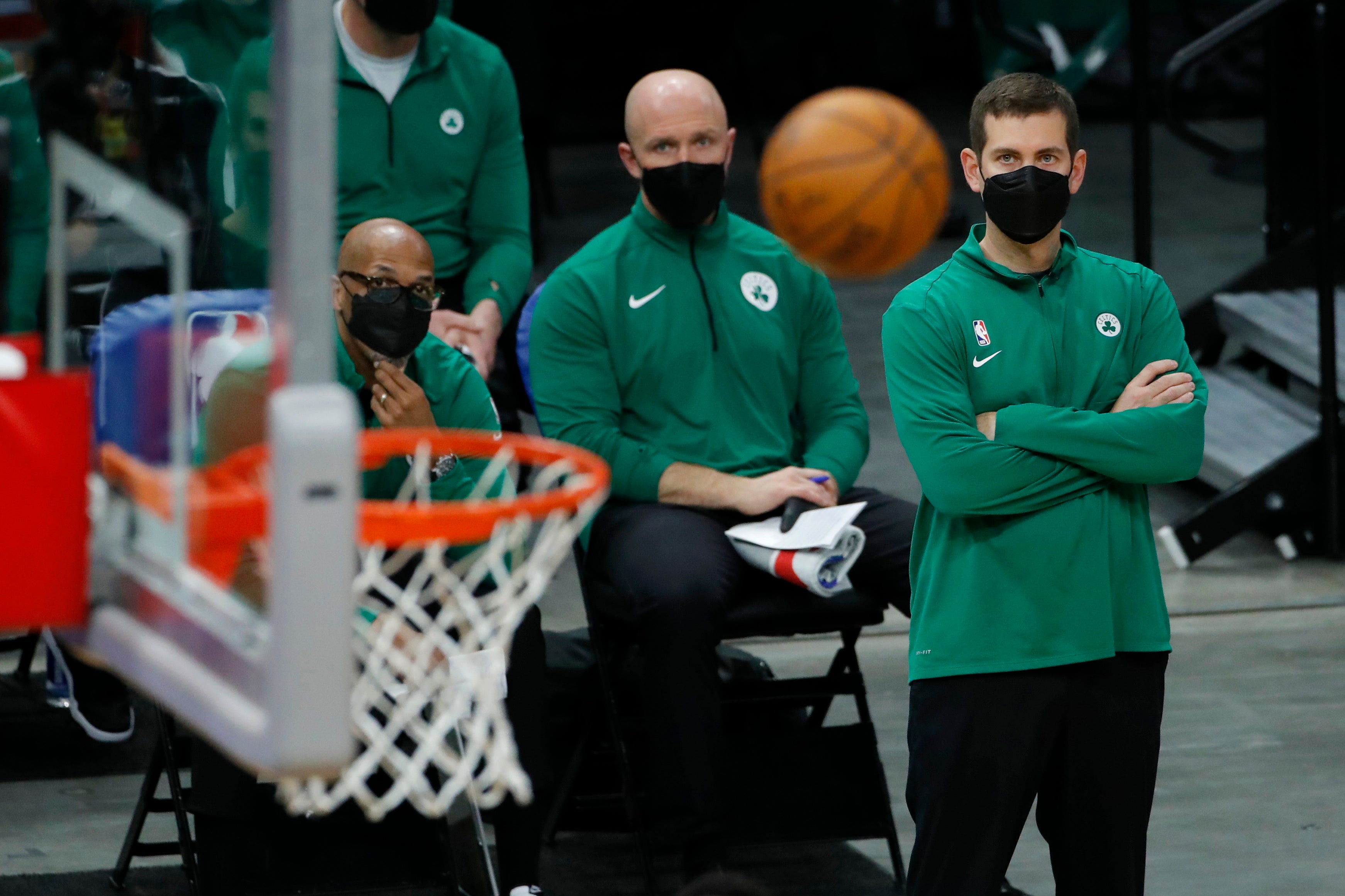