Boston Celtics star Jayson Tatum knows more than he would like to know about how difficult the path back from COVID-19 can be.

Tatum uses an inhaler now before games since testing positive for COVID in January, and he has been very open about his continued lung issues since he returned.

Now, unfortunately, Tatum is able to impart some of that wisdom to a teammate. Evan Fournier played just four games for the Celtics (after Danny Ainge dealt a pair of second-round picks for him at the trade deadline) before he was sidelined due to health and safety protocols.

“I’ve talked to him quite a bit about it,” Tatum said on Wednesday, speaking to reporters via Zoom after the Celtics practiced. “He’s asked me things, and I told him how I felt, and things to look out for when you get back.

“I think the toughest period is when you first get back. Obviously, because you’ve been sitting down for a while and because of the virus. Hopefully, he’ll be all right.  I’m sure he will. But he knows I’m here for anything while he’s dealing with it.”

Fournier has finally cleared protocols and was at practice on Wednesday, but he isn’t ready to go yet, according to Stevens. Players who test positive have to register multiple negative tests and pass a full cardiac evaluation before returning to the floor.

The Celtics have plenty of health issues aside from Fournier’s battle with COVID. Jaylen Brown is doubtful on Thursday against the Phoenix Suns with shoulder bursitis. Robert Williams is out once again with left knee soreness — a concerning development since it will be his fourth consecutive game on the sidelines. Kemba Walker is probable after dealing with a non-COVID illness, and Jayson Tatum is questionable with an ankle issue (although Tatum said he feels good and doesn’t see why he wouldn’t play).

Brad Stevens was asked about building continuity on Wednesday.

“We haven’t really had the chance to do that,” he said. “We’ve had a little bit of that, when we were out west, but still that’s without Fournier, obviously missing Rob in the last game as well.

“So we just haven’t had that opportunity, and I know we’re not unique in that. I know there’s other teams that are dealing with that as well. We’re hopeful at some point here in the next 14 games we can have everybody on the roster available, but we’re still not there.” 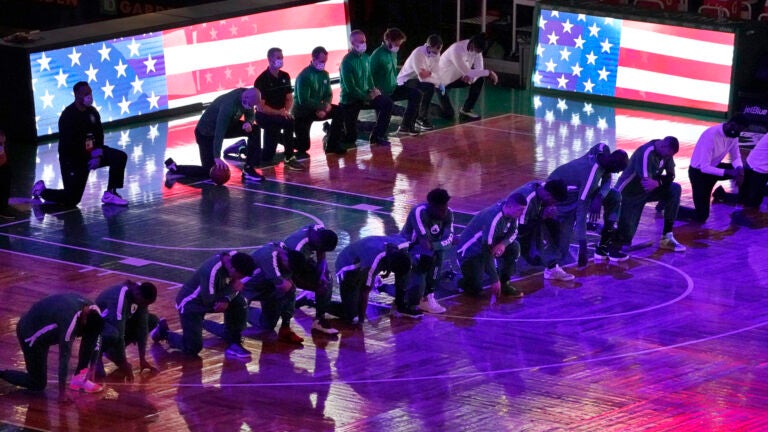