Celtics guard Kemba Walker will miss the next two games with an oblique strain, according to Brad Stevens.

Walker pulled up grimacing and holding his side after closing out to defend a 3-pointer in the first half of Sunday’s loss to the Charlotte Hornets. He ran straight to the locker room but returned shortly afterward and re-entered the game. Walker finished with 20 points on 7-for-17 shooting.

On Tuesday, however, Stevens announced that Walker’s issue will require a little extra recovery.

“We’re hopeful, we’re going to reevaluate him Thursday, but he’s got a strain on that side,” Stevens said. “He got some imaging done. So he’s definitely out the next two.”

Stevens added that Walker likely did not aggravate the issue by returning to the game.

“He didn’t feel it after that point,” Stevens said. “He felt it when it happened, he went back, got it checked out, was cleared to go. It doesn’t sound like it would have gotten worse after that time. We did think — and our training staff did think — that if he was going to be sore, it was going to be the next day. So I don’t know if that’s the adrenaline of the game or whatever the case may be, but he was cleared to go back. And it doesn’t sound like it got worse throughout the game. It sounds like it was that moment.”

Robert Williams, meanwhile, will miss his seventh straight game with left knee soreness, while Jayson Tatum will sit out with a variety of issues related to the heavy minutes he has played over the last few weeks. Stevens said he’s hopeful both players will be available on Wednesday against the Orlando Magic.

Stevens was asked about the potential for the Celtics to peak at the right time.

“You’re only going to peak if we get fully healthy, but I think the bottom line is that we have to play as well as we can on every possession to give ourselves a chance to win,” Stevens said. “And I know that sounds like a coach-ism, but it’s the reality of it. We have to play well to win. We do not have this extra gear that people talk about, these switches. Like, we have to play well. We have to compete.” 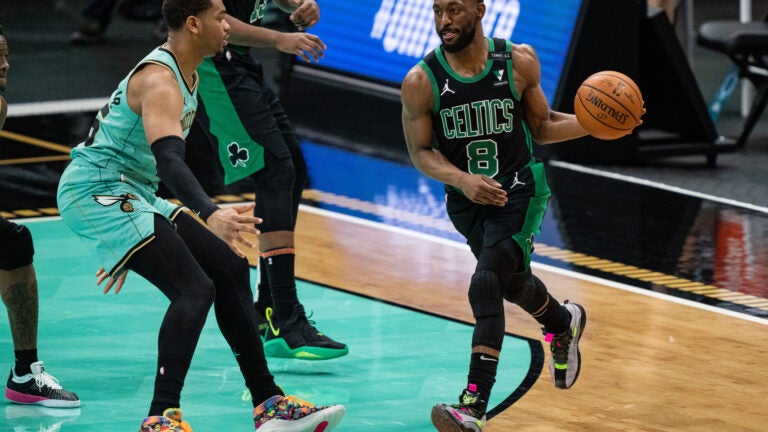