The Celtics will be without Marcus Smart on Wednesday as they look to right the ship against the Charlotte Hornets — per the NBA, Smart has been suspended for one game without pay for directing “threatening language” toward an official.

Smart picked up a technical in the second half of Tuesday’s loss to the Oklahoma City Thunder.

Brad Stevens, speaking to reporters before the game, said he had only heard about Smart’s suspension 15 minutes before the Zoom call, and he apologized that he didn’t have further thoughts on the topic.

“I’m not really completely aware of what happened that led to the suspension,” Stevens said. “I did hear there were words exchanged after the game, but I did not obviously know that was coming.”

ESPN’s cap expert Bobby Marks noted that the suspension will cost Smart about $89,000.

Stevens said he spoke to Smart about the incident Wednesday morning, but as the afternoon dragged on, he thought Smart’s punishment would be something other than a suspension.

“Again, I’ll address that with him,” Stevens said, adding that the Celtics would have to play “point guard by committee” against the Hornets.

The Celtics have lost three in a row. 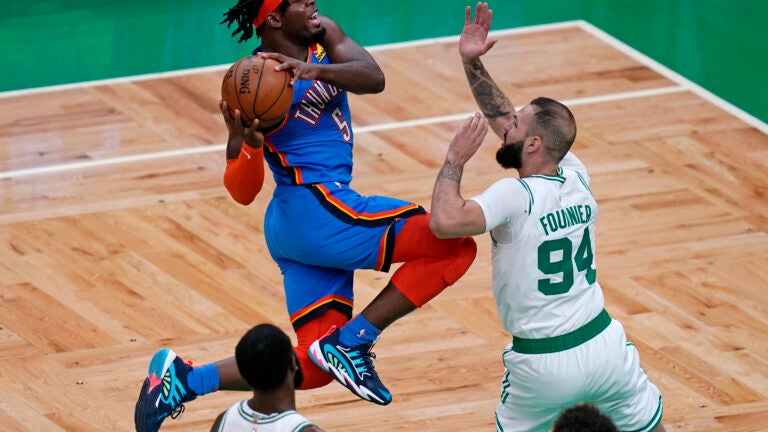