The Celtics’ stars stepped up on Wednesday in a 120-111 win over the Charlotte Hornets that snapped their three-game losing streak and helped keep them above water in the race to stay out of the play-in tournament.

The Celtics came out brimming with energy and took a 20-point lead in the first quarter, as Jaylen Brown poured in 20 points. The Hornets chipped away at the lead and got it down to three in the second half, but the Celtics had too much firepower on Wednesday behind Brown and Jayson Tatum and pulled away late for the win.

There really isn’t a way to choose between these two. Brown put the Celtics on his back early and helped put the Hornets away late. Tatum (who also added eight assists) was consistently excellent throughout the game. Both once again showed the immense potential they possess.

The Celtics win games when Jaylen Brown and/or Jayson Tatum are great, and both were elite on Wednesday.

The Celtics are by no means fixed, but they needed a win, and they got one. That counts for something, and it certainly counts in the standings where the Celtics put another game in between themselves and the Hornets. Any victory matters, and with the easiest schedule in the NBA the rest of the way, they still could finish the regular season strong.

1. One good sign that a player is taking a game seriously is when he hustles after loose balls he has no chance of reaching.

Jaylen Brown took Wednesday’s game very seriously. On Tuesday, he said the Celtics needed to play with a sense of urgency. On Wednesday, he set the tone for the Celtics by flying all over the floor and finding a variety of ways to score. Brown has been the Celtics’ best player for about a week now.

2. Robert Williams returned from knee soreness and finished with nine rebounds (five offensive) in 17 minutes. He came off the bench behind Tristan Thompson, but the Celtics’ offense gets a boost from his presence, and he had two loud blocked shots. Getting Williams back won’t completely turn the tide for the Celtics, but it helps quite a bit.

get that out of here 🚫 pic.twitter.com/Y64lD3yLOQ

But Nesmith plays incredibly hard. On Wednesday, he made a series of hustle plays. Some were effective, some seemed reckless, but all of them showed the lengths he is willing to go to get (and stay) on the court. Nesmith finished with 15 points on 6-for-12 shooting on Wednesday.

4. With Marcus Smart sidelined due to his one-game suspension, Tremont Waters got the start. He had a great start, driving to the basket and using the rim to finish over P.J. Washington, but he struggled at times as a playmaker — six assists but three turnovers, including a couple of particularly egregious ones.

Waters has some real NBA skills. He’s crafty with his handle and crafty around the rim, and he’s a better defender than anybody his size should be. But if he can’t be a consistent, efficient playmaker, he will have trouble sticking in the NBA. His height gives him very little margin for error.

5. Evan Fournier is still feeling “foggy” from COVID-19 symptoms, according to Brad Stevens. Fournier has struggled mightily in his return (two points, 1-for-7 shooting on Wednesday), but he is determined to work his way through the symptoms.

“It has not been an easy transition out of it,” Stevens said. 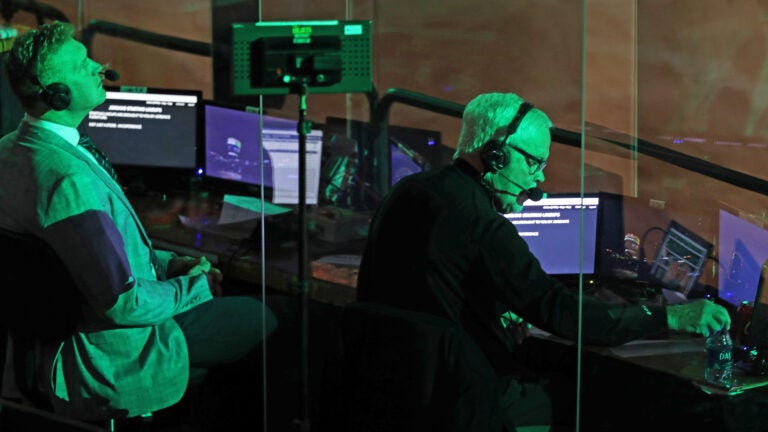