Celtics forward Jaylen Brown’s ankle injury does not appear to be serious.

Brown did not practice with the team Tuesday, and will not be available for Wednesday night’s game at Orlando, but is “very much day-to-day after that,” according to coach Brad Stevens.

Brown injured the ankle when he collided with teammate Jayson Tatum in the final minute of Sunday night’s loss to the Portland Trail Blazers. He had already been experiencing ankle pain, and appeared to aggravate the injury when he stepped on Tatum’s foot. Tatum also limped off the court and did not finish the game.

The Celtics also announced that Tatum and Kemba Walker (oblique) both went through a full practice Tuesday.

The Celtics have seven games remaining in the regular season. They face the Magic (20-44) on Wednesday and the Bulls (26-38) on Friday before a key two-game showdown against the Heat at TD Garden on Sunday and Tuesday. The seventh-place Celtics trail the sixth-place Heat by one game in the Eastern Conference standings.

Material from a previous Globe report was used in this story. 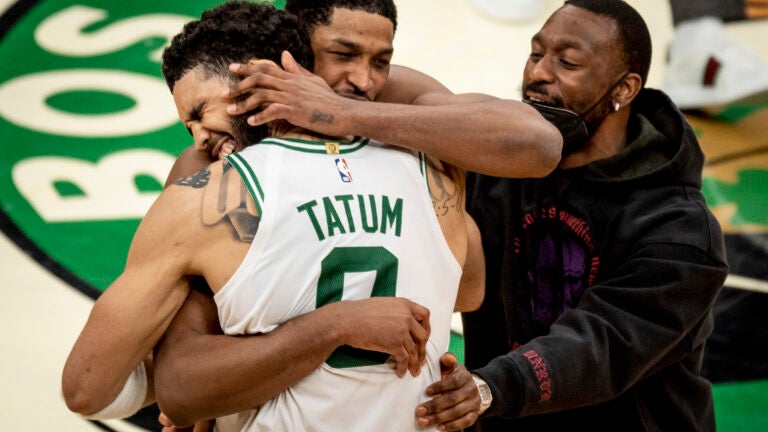