With just over a week to go in the regular season, the Boston Celtics have one last crucial push ahead to avoid the Eastern Conference play-in tournament.

At 34-31, the Celtics enter play Wednesday night owning the seventh seed and sit just a half-game behind the Miami Heat for the sixth spot in the East, which would save them from a play-in scenario.

But the gravity of the team’s playoff situation won’t change coach Brad Stevens’s mind about keeping Kemba Walker as fresh as possible for the playoffs.

Walker has yet to play both games of a back-to-back this season while working his way back from troublesome knee problems.

When asked on the 98.5 The Sports Hub’s Bertrand and Zolak Show if that would change before the end of the year, Stevens flatly answered, “Nope.”

The team has two back-to-backs in its last seven games, including the final two games of the season.

On a positive note, Walker’s play has trended upward at the right time for the Celtics. The 31-year-old guard posted his best monthly splits of the season in April in terms of field goal percentage and offensive rating. 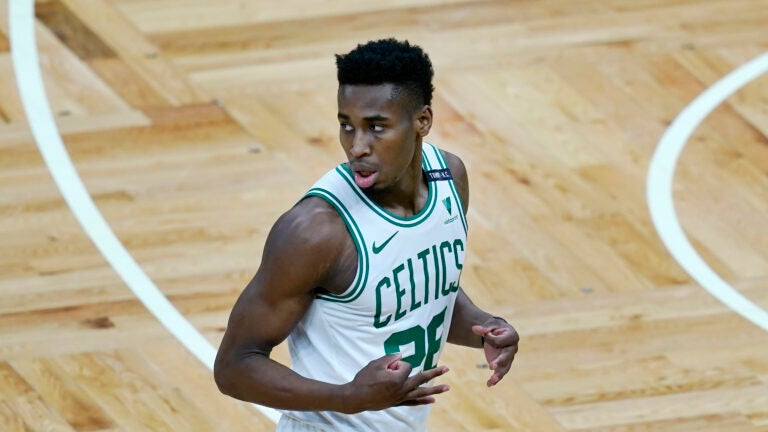