In fact, when Douglas’s eldest son, Noah, was cut from his AAU basketball team last year, he made this pledge to his dad as he dealt with the disappointment: “I don’t want to be a selfish player. I want to be a Kemba.”

“We see him like, ‘We can be the hardest worker in the room and still be a good person,'” Douglas added. “‘We can be super-competitive and still show respect’…it’s a good mantra to have, to always walk around with that smile even if we’re masked right now.”

“Be a Kemba” then became a mantra in the Douglas household as the family made sacrifices to keep TJ’s fine wine shop, Urban Grape, open during the pandemic — playing on Walker’s infectious energy and team-first attitude to do whatever it took to keep the business afloat.

Now, Urban Grape and several other local Black-owned businesses in Boston are about to get an assist from Walker himself.

The four-time All-Star guard has partnered with Vistaprint and the Celtics Power Forward Small Business Grant to create and auction off a limited-edition autographed collection, including a trading card and a custom pair of game-worn sneakers, to celebrate National Small Business Week. Walker also plans to donate his partnership fee to the program, and Vistaprint has committed to matching that donation.

Both the shoes and the trading card will be up for auction until midnight on Wednesday. The proceeds from the sale will support the grant program, which has already received $1 million in commitments from the Celtics and Vistaprint to date.

The Celtics guard wore the custom Jordan 35 shoes, which were painted by Boston graffiti artist Soems, during Sunday’s game against the Miami Heat and spotlighted several local Black-owned businesses handpicked by Walker, such as Urban Grape, Zaz and Murl’s Kitchen, and Mobar Cuts — where many Celtics players get their hair cut.

Walker could not be reached for comment on this story.

Douglas says he believes his company was selected to be part of Power Forward because Urban Grape seeks to be about more than simply selling wine — using its platform to promote issues of education, pay equity, and social justice even as Walker and other prominent NBA athletes have done off the court.

“He’s doing what we’re doing for our community,” he said. “He’s amplifying us, he’s bringing us up.” 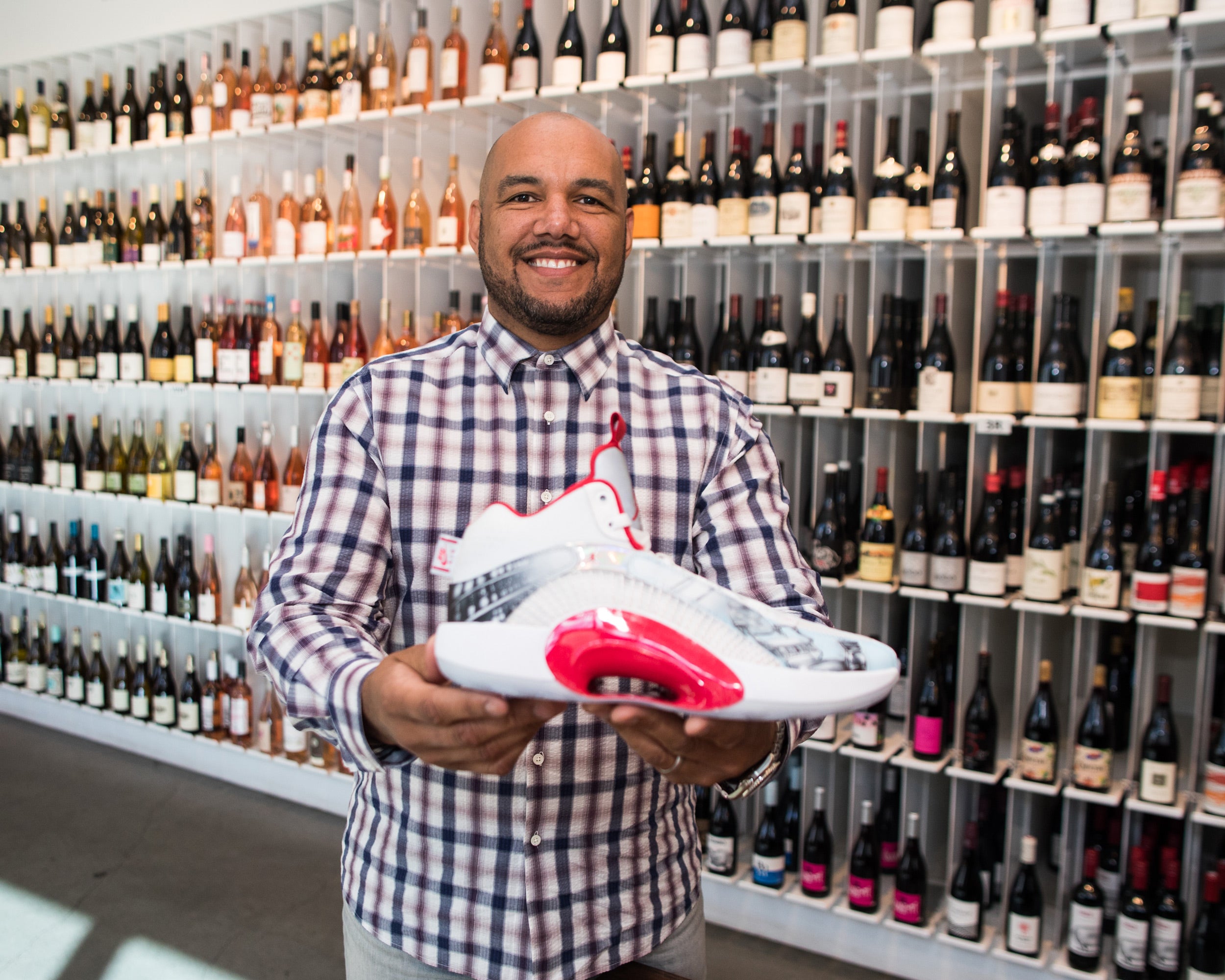 TJ Douglas, owner of the Boston wine shop Urban Grape, poses with a game-worn pair of Kemba Walker’s shoes.
The sneakers will be auctioned to benefit Black-owned businesses this week.

Additionally, Douglas — who has spoken often about being a rare Black owner in the Northeast’s wine business — also brings up the need for sustained empowerment of Black businesses as conversations about racism and socioeconomic disparities sparked by George Floyd’s murder and the protests that follow continue as the anniversary of Floyd’s death approaches.

He said he’s gotten more Black customers in the past year than ever before as Urban Grape’s status as a Black-owned business has become more widely known. But he still often finds himself underrepresented in the wine industry, where he has now worked for the last 11 years, and hopes the new partnership will create more avenues for Black and Brown businesses to thrive in an area where they’ve traditionally struggled to gain a foothold.

“If someone gets a little money from this and they can start their business, and they get a little education about how to run their business, that right there can be a generational change for their family and their community — just that one opportunity,” Douglas said.

To that end, Vistaprint and the Celtics have partnered with the NAACP to help implement the Power Forward Grant program and award grants of $25,000 to Black and Brown-owned businesses, along with increased marketing and branding opportunities through the program.

Douglas says he hasn’t yet met Walker in person due to the pandemic, having closed Urban Grape to in-person customers for 54 weeks. But with his staff now vaccinated, he hopes to have Walker and his teammates at his shop to enjoy some fine wines and say thanks.

“I think there’s so many people in professional sports that are great people that use platforms for equity and justice,” he said. “That’s one of the things that that we love about Kemba and some of the other Celtics that have that same energy and drive and passion not just about the game but for what the game represents: Hard work. Dedication. Entertainment. Pushing yourself to the limits, getting knocked down, and getting back up and making yourself stronger.” 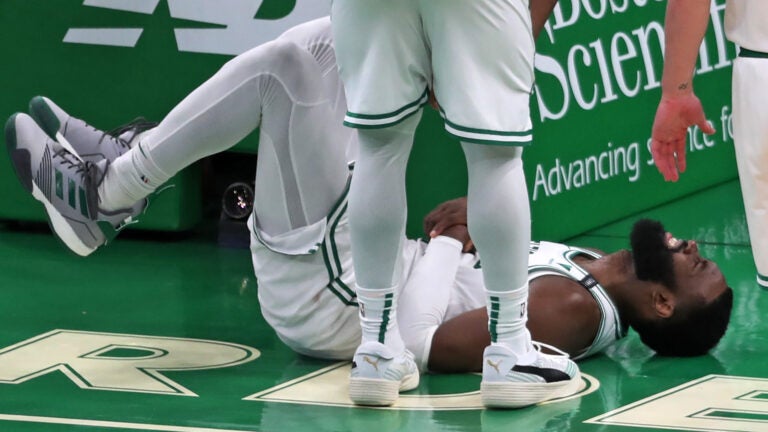