On Thursday, Celtics president of basketball operations Danny Ainge told 98.5’s Toucher and Rich that the Celtics will see some changes this summer.

“I think that we will definitely be looking to make some changes in the offseason,” Ainge said. “Obviously can’t go into any of those kind of details. But yeah, there will be changes. How significant? I don’t know yet. We’ll see.”

Ainge defended Brad Stevens, calling him a “fantastic” coach who is “getting better, not worse.” He was also asked about Marcus Smart’s status with the team.

“The bottom line is our team hasn’t been as consistent, hasn’t been as healthy,” Ainge said. “We definitely will need to make some changes. But I wouldn’t say there’s any needed changes of our best players.”

Perhaps worth noting: Just because a team doesn’t have “needed changes” at the top doesn’t mean a team’s best players are completely safe.

So what needs to happen?

First and foremost, the Celtics are about to run up against a nasty salary cap crunch. Evan Fournier will be a free agent this summer, and his agent will be able to highlight an excellent season, a recent surge after recovering from COVID-19, and his excellent numbers with Jayson Tatum on the floor as reasons to demand a generous new deal. Given that the Celtics traded multiple second rounders, dealt Daniel Theis to make salary room, and used a valuable trade exception to acquire Fournier, they have plenty of motivation to offer him a deal.

The Celtics can go as far as they want over the tax to re-sign Fournier using Bird rights, but Celtics ownership would pay a hefty tax bill. If the organization doesn’t believe next year’s team is a contender, the appetite for that bill might not be strong.

Unfortunately for the Celtics, the biggest deals have gone to their best players, so any money-clearing move would have to involve someone important to the team. Re-signing Fournier would make keeping Smart or Kemba Walker impossible if Celtics owners aren’t willing to pay a lot of money.

Ainge, of course, understands that reality better than anyone, but the road forward isn’t easy.

Trading Smart would likely bring in the best return — he’s still only 27, and his offense has improved year after year. But the Celtics struggled when Smart went out with a calf injury in January, and their middle-of-the-road defense was one of their biggest issues this season.

Meanwhile, Walker’s contract would likely require additional value attached for a team to take it on. The Celtics have lost Kyrie Irving, Gordon Hayward and Al Horford for nothing in free agency over the last two offseasons. Can they really afford to keep losing their free-agency acquisitions for nothing (or in Walker’s case, for negative value)?

The Celtics could try getting creative. Would adding a pick or another player to a deal — even a promising player like Aaron Nesmith or Payton Pritchard — put the Celtics in some interesting conversations? As the Celtics watch the Brooklyn Nets reap the benefits of being aggressive in the James Harden sweepstakes, would they consider thinking even bigger? Again, Ainge said change isn’t needed among the Celtics’s top players. But note, he didn’t say change was impossible.

In any case, the Celtics’s season still isn’t technically over. Even with Jaylen Brown out for the playoffs after undergoing wrist surgery, they have a chance to salvage something and build a little bit of goodwill heading into the offseason with a strong finish. If the Celtics make some noise in the first round and show the potential to compete against one of the East’s best teams, perhaps Ainge — and more importantly, ownership — will opt to spend big and move some young players for veterans.

If they don’t compete, however, the 2021-22 Celtics might look quite a bit different. 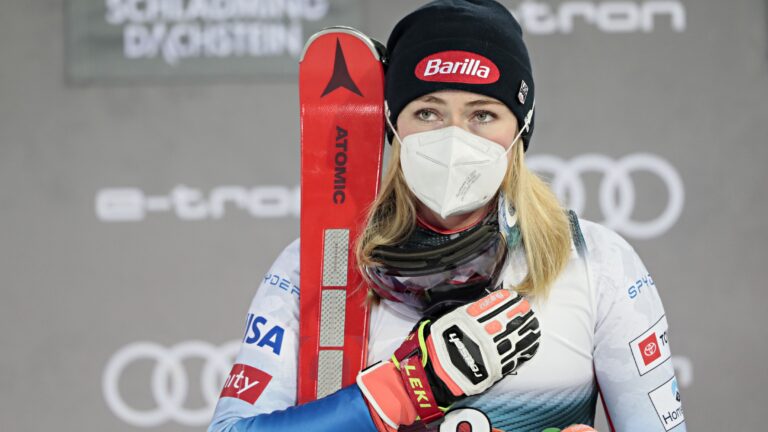