Kemba Walker grew used to watching Jayson Tatum go off over the course of the season, but he still finds Tatum’s frequent explosions entertaining.

Tatum’s heroics are especially nice for Walker and the Celtics on nights like Tuesday, when the Celtics beat the Wizards 118-100 to advance to the first round of the Eastern Conference playoffs. Tatum went 17-for-17 from the free-throw line and 5-for-12 from deep, exploding in the second half to propel the Celtics over the Wizards with 50 total points.

“He was unbelievable,” Walker said. “It ain’t new to me. I’ve been watching this guy put in this kind of work over the last year or so, year or two. So I’m here for the ride. It’s fun. It’s always exciting to see him go off the way he go off. So we’re going to need that throughout this whole run.

“MVP” is a lofty expectation to lay on a 23-year-old, but not too lofty to Kemba Walker.

“He’s right about that,” Walker quipped, when told what Brooks said.

Celtics fans agree as well. Twice when Tatum stepped to the line on Tuesday, near-unanimous “M-V-P” chants broke out from the 25-percent capacity crowd.

“I just wanted to be aggressive tonight,” he said. “We got them in the bonus early in a couple of those quarters so once I’d seen that, I was just trying to put the pressure on the defense in a rush.”

Tatum was asked if he believes games like Tuesday cement his reputation as a superstar.

“I don’t really get caught up in those who think I’m a superstar and those that don’t,” Tatum said. “What does that really mean? I know that, my teammates, I’ve earned their respect. I’ve earned the respect of the guys I’ve played against and the coaches. I believe in myself, and that’s all that matters.” 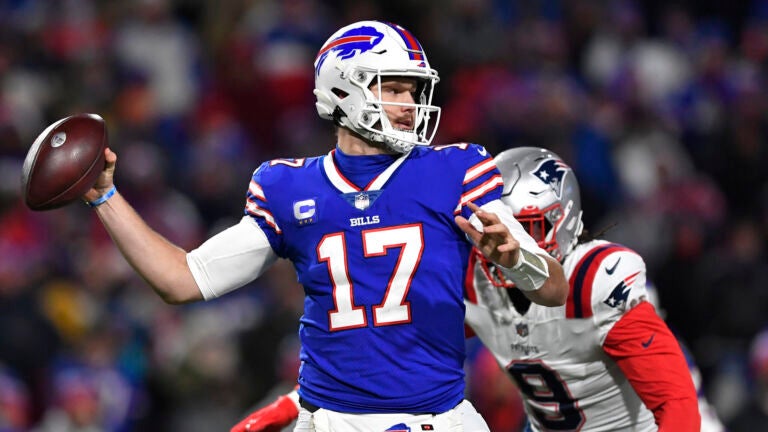 Why Josh Allen is going sleeveless in frigid Patriots-Bills game