Nets star Kyrie Irving won’t receive a warm welcome when he returns to TD Garden for the first time since leaving the Celtics in free agency.

On Tuesday, following the Nets’ 130-108 victory over the Celtics in Game 2, Irving said he hopes Celtics fans don’t show “subtle racism” as they boo him.

“It’s not my first time being an opponent in Boston,” Irving said. “So I’m just looking forward to competing with my teammates and hopefully we can just keep it strictly basketball, there’s no belligerence or any racism going on. Subtle racism and people yelling s— from the crowd. But even if it is, that’s just the nature of the game, and we’re just going to focus on what we can control.”

Irving was asked if he has experienced racism in Boston before.

“I’m not the only one who can attest to this,” Irving said, putting his hands up. “It is what it is. The whole world knows it.”

In 2019, a fan was banned from TD Garden for two years for allegedly mouthing a racist slur at DeMarcus Cousins. Marcus Smart told the Boston Globe’s Adam Himmelsbach that he too experienced a racist incident at TD Garden, declining to go into further detail.

At the time, Irving said he had not experienced racism from Celtics fans, but he called the Cousins incident “saddening.”

“I myself can only speak for playing here as an opponent, I’ve never heard anything like that,” Irving said in 2019. “But I can only go off of hearing stories. When you hear something like that, especially people of color, I gravitate toward being on anyone’s side, as long as it’s the right side.” 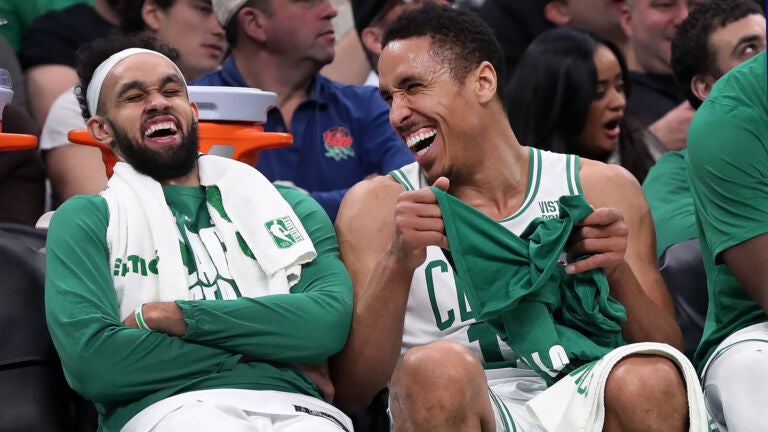