Kyrie Irving’s first game back at TD Garden in front of fans since leaving the Celtics in 2019 wasn’t a performance to remember.

While Irving’s performance was unmemorable, what was memorable was the reaction Irving received from the Garden crowd. After entering pre-game warmups late, Irving got some boos from the crowd, waving his arm up to gesture the crowd to raise their volume.

Irving was booed again when he was introduced in the starting lineup and booed practically whenever he touched the ball. He received some PG-13 jeers such as “You suck!” and some R-rated jeers, like “F— you Kyrie!” from the fans, too.

Irving said after Game 2 that he’d hope to not receive “subtle racism” from the Boston crowd in his return. He seemed fine with the chants he did receive Friday.

“I mean, it’s basketball,” Irving told reporters after the game. “I’ve been in a few environments in my life. So, like I said, as long as it’s strictly the nature of basketball out there, nothing extra, I’m cool with it.”

“I want to keep it straight basketball,” Irving added.

Both the Celtics and Nets will deal with a noticeable difference from Game 3 to Game 4. After having roughly 5,000 fans in attendance on Friday, TD Garden will be at near capacity (roughly 17,000) for Sunday’s game.

Irving believes he’s prepared for what Sunday will bring after Friday’s soft opening.

“We’re expecting a bigger crowd Sunday,” Irving said. “I’m happy it was a great start seeing what this environment’s going to be like. We’re just looking forward to the challenge.” 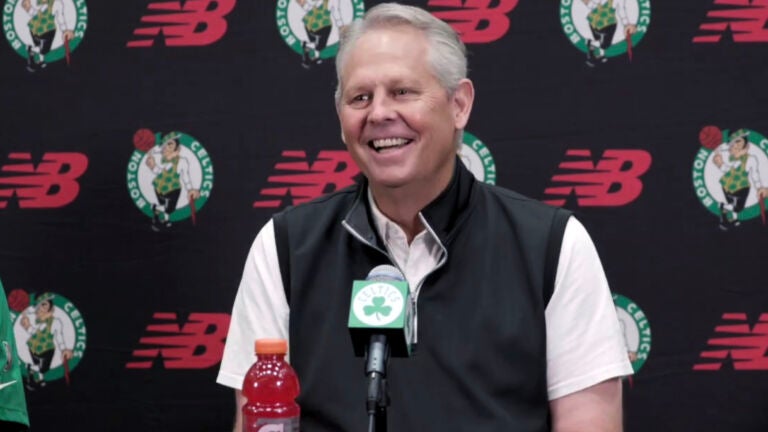