A fan was detained and handcuffed following Game 4 of the first-round Eastern Conference playoff series between the Celtics and Nets for throwing a water bottle at Nets guard Kyrie Irving as he left the TD Garden floor.

As Irving walked into the TD Garden tunnel following Brooklyn’s 141-126 victory, a water bottle flew past his head and narrowly missed him. Irving and his teammates turned to look into the stands, and other spectators in the section pointed to a fan who was later detained and cuffed by police.

After the game, Kevin Durant called for fans to grow up and stop treating players like they are animals at a circus.

Irving said he sometimes feels like players don’t have rights on the floor.

“It’s been that way in history in terms of entertainers, performers, and sports for a very long time, just underlying racism and treating people like they’re in a human zoo,” Irving said. “Throwing stuff at people, saying things. There’s a certain point where it gets to be too much.

“So I called it out. I just wanted to keep it strictly basketball, and then you just see that people just feel very entitled out here. Pay for their tickets, great. I’m grateful that you’re coming in to watch a great performance, but we’re not at the theater. We’re not throwing tomatoes and other random stuff at the people that are performing. It’s too much, and it’s a reflection on us as a whole when you have fans acting like that.”

Marcus Smart said the Celtics were glad the situation was handled quickly.

“One bad seed doesn’t mean that the whole fruit is poisoned,” Smart said. “Our fans have been great. We just had a knucklehead decide to do something knucklehead-ish, and it got taken care of, so we’re happy for that.”

Jayson Tatum added that he hoped the incident wouldn’t overshadow the 18,000 fans who supported the Celtics.

Per TD Garden, in a text to the Boston Globe’s Adam Himmelsbach, the fan is subject to a lifetime ban from TD Garden.

Irving, who was booed throughout the night as he dropped 39 points, appeared to step on the Celtics’ logo after the game which angered Celtics fans who saw it. 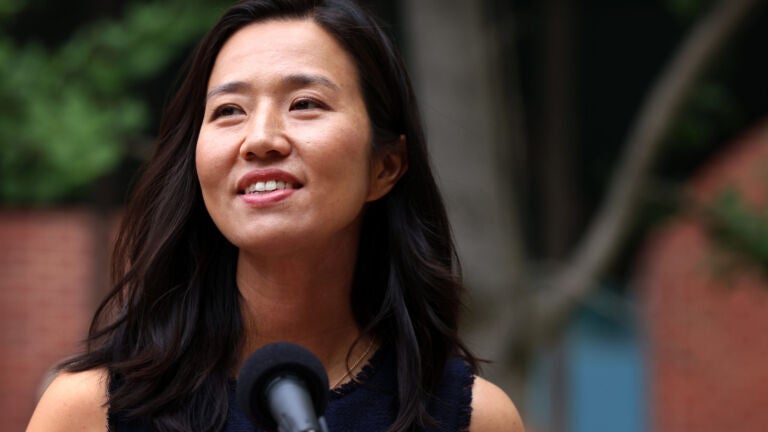