Kyrie Irving and the Nets eliminated Irving’s old team on Tuesday, defeating the Celtics 123-109 in Game 5 of their first-round series.

Irving and the Celtics had a rocky separation. The relationship grew frostier recently when Irving said he hoped Celtics fans wouldn’t show “subtle racism” during his return to TD Garden. Celtics GM Danny Ainge later said he hadn’t heard any evidence of racism at TD Garden. On Sunday, a fan threw a water bottle at Irving as he left the floor following Brooklyn’s win. The fan was later arrested and charged.

On Tuesday, however, Irving took a different approach when asked about beating his old team.

“I’m grateful for the opportunity I had in Boston,” Irving said. “I’m grateful for a lot of the support that I had post leaving there. Obviously, it wasn’t the easiest transition to deal with. There was a lot going on personally while I was there in Boston that not a lot of people know about, so to kind of see the emotions that were lingering on for the past year and a half between that, I’m just glad it’s settled.

Irving caused further waves on Sunday when he could be seen stepping on the Celtics logo after scoring 39 points in the Nets’s victory. Former Celtics Kevin Garnett and Glen Davis called him out on social media.

Irving, however, said he is happy the Nets can now move on.

“I’m just grateful that we get a chance to be together in the trenches, me and my teammates, and we just get to move on from this,” Irving said. “Like I said, it’s nothing but respect for the players and the coaching staff over there in Boston.

“In terms of everything extracurricular and the outside environment, you let that handle itself.”

Before the series began, Brad Stevens spoke glowingly of Irving’s performance when he played for the Celtics.

“He is a super special player with a really good heart,” Stevens said. “Certainly, I don’t have anything negative to say at all. He’s a guy that puts you on your heels when you’re playing against him and certainly has impacted winning in so many ways everywhere he’s been.” 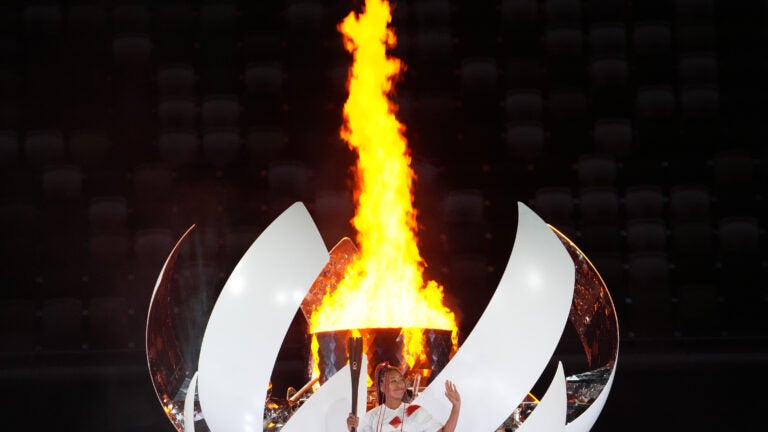