“Trader Danny” Ainge has left the building after nearly 20 years of wheeling and dealing for the betterment of the Boston Celtics.

Now, it’s time for Ainge’s replacement, Brad Stevens, to showcase his own vision for bringing the Celtics back to the top of the Eastern Conference.

And there’s one major name the Celtics — as well as other teams — might be monitoring this offseason: Damian Lillard.

The Portland Trailblazers All-Star guard has been linked to trade rumors involving multiple teams, including the Celtics, after his team bowed out of the Western Conference playoffs in the first round last week despite Lillard’s epic performance.

The Blazers have made the Western Conference Finals just once with Lillard, though he’s helped win multiple playoff series with clutch shots and high-scoring games.

“He had that Instagram post right after the loss that seemed to suggest he’s getting really frustrated with the outcomes of these playoff series,” Mannix said. “He wants Jason Kidd (to coach) there. He wants to be in Portland, he’s always said that. But there is definitely a league-wide sense that that team had plateaued.”

Lillard has reportedly proclaimed he likes Kidd, currently an assistant with the Los Angeles Lakers, and Los Angeles Clippers assistant Chauncey Billups. Both of whom are thought to be contenders for the Celtics coaching job vacated last week by Stevens.

But Kidd has backed out of the running for the Portland job, meaning that pairing won’t happen there.

That move certainly doesn’t rule out Boston as a place for the two to come together, though.

That said, a trade wouldn’t come cheap. Lillard is about to enter a four-year, $176-million supermax contract extension with the Blazers.

“Lillard is going to be 31 next season and if you are going to trade him now is the time because that contract gets really onerous as it gets toward the back end of his years. It’s in the $50 million-per-season range on that max deal. So if you are looking to maximize your revenue you have to look around to trade him.”

Mannix says Boston is in a “good position” to possibly make a deal because of the young talent on its roster.

Still, acquiring Lillard might, at the least, require swapping one All-Star for another, Mannix explained.

“You could put Jaylen Brown as the centerpiece of a deal that would include all the young guys on your roster plus future draft picks as well,” he said.

“So I think it’s possible. If Portland shops him, Boston is going to be in a good position. If you look around, Bradley Beal is not going to go to Portland because he’s not going to re-sign there. You have to get guys to Portland that are on long-term contracts, and Jaylen Brown is one of those young guys, 24 years old, that would fit that bill.”

To be sure, Lillard’s explosive scoring would upgrade the Celtics and give them an even bigger boost than the one they expected from Kemba Walker — who would probably also leave town in such a trade scenario.

But is it worth it to give up the 24-year-old Brown, other young talent, and fan-favorites like Marcus Smart for a few (very expensive) years of Lillard, who will soon be 31 but remains one of the most clutch players in basketball?

That could be one of Stevens’s first interesting questions as the new president of basketball operations. 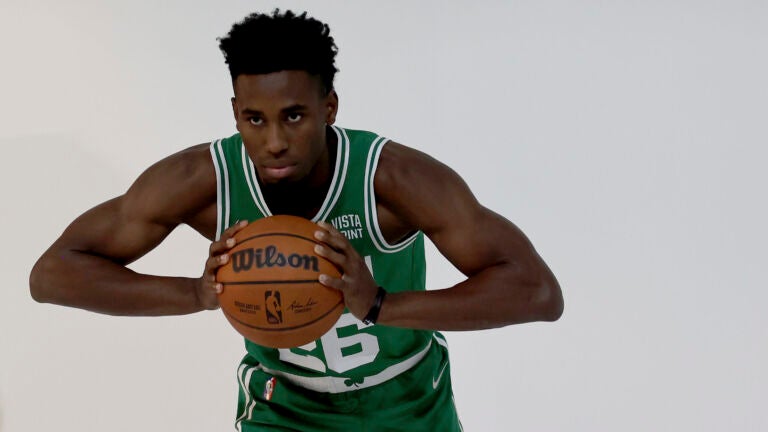 5 things to watch as Celtics open preseason against Magic