The Celtics are among the betting favorites to land multiple stars this offseason, including Trail Blazers guard Damian Lillard and Wizards guard Bradley Beal.

Per the Athletic’s Shams Charania, teams around the league — including the top markets — are monitoring Lillard’s potential availability and plan to make a run at him if he becomes available. Meanwhile, some analysts have begun evaluating whether the Celtics could be a reasonable landing spot for Lillard.

The Celtics could put together a highly competitive package. However, it would involve important members of the current core and likely a plethora of future draft picks that could hamstring the Celtics if they don’t create a contender right away.

Per betting service BetOnline, the Celtics have 9/2 odds to land Lillard. Five teams have better odds — the Knicks, 76ers, Heat, Lakers and Clippers. Most of those teams could put together an appealing collection of assets.

Meanwhile, the Celtics have the third-best odds to land Bradley Beal at 13/4. They trail the Warriors (11/4) and Knicks (3/1). Much like Lillard, any package aimed at acquiring Beal would likely involve plenty of picks and members of the current core.

Interestingly, the Celtics also have the best odds of any team in the NBA to acquire Mavericks big man Kristaps Porzingis at 2/1, leading the Warriors at 9/4.

Why are the Celtics so high on the Porzingis list? For one thing, Robert Williams is a promising young player, but he is yet to prove he can stay healthy consistently at the NBA level. More importantly, however, a swap of Kemba Walker and Kristaps Porzingis straight up works financially for both teams. That’s rare given the size of both contracts.

Betting odds don’t always mean much, but after a disappointing season, oddsmakers seem to see the Celtics as a candidate for a move that could shift the foundation of the Eastern Conference. 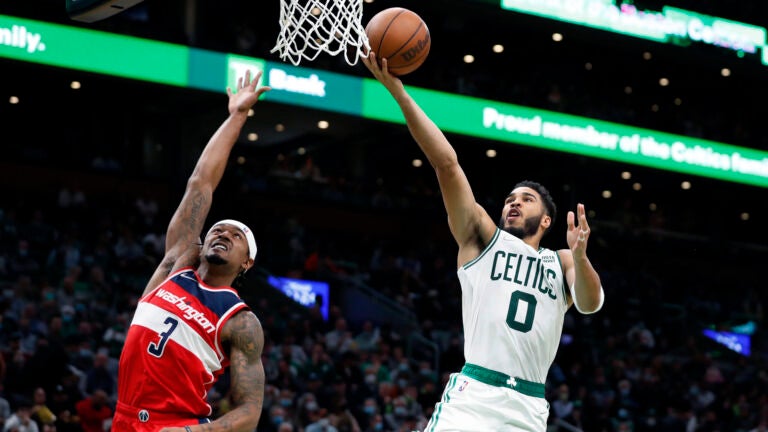