Former Celtics analyst Kendrick Perkins neglected to discuss current Celtics star Jayson Tatum as one of the biggest 2021 All-NBA snubs when asked about it early Wednesday morning on ESPN.

But if he had, no one would have blamed him.

Tatum was left off this season’s All-NBA teams after garnering Third-Team honors last season despite a second-straight All-Star campaign and setting career-highs in points per game (26.4), rebounds (7.4), assists (4.3), and field goal percentage (45.9).

He also averaged more points and rebounds per game than both Paul George and Jimmy Butler, who made the All-NBA Third Team as forwards. Tatum’s value-above-replacement-player (VORP) was also higher than George’s this season. However, George and Butler both played for teams that finished the season with better records and playoff seeds than the Celtics.

Tatum joined fellow All-Star Donovan Mitchell of the Western Conference’s No. 1-seeded Utah Jazz, who also averaged 26.4, as a notable snub for the All-NBA teams.

How much the Celtics’ slide from being a top seed in the Eastern Conference in 2020 to a seventh seed who lost in the first round of the playoffs this year contributed to Tatum’s snub isn’t known.

But what is known is how much money the All-NBA voters cost Tatum and Mitchell next year.

By missing out on All-NBA teams, the two players missed out on almost $33 million that could have been added to the five-year, $163 million max contracts they signed to stay with the teams that drafted them.

This bump would come from the NBA’s “Rose Rule,” which allows teams to pay a player up to 30 percent of the salary cap on an extension from their rookie deal when they make an All-NBA team in the year before the extension takes effect.

Instead, Tatum’s salary for next year will stay set at $28.1 million. Those savings could potentially help the Celtics build further around him and All-Star forward Jaylen Brown. That’s still little consolation to Tatum’s wallet, though.

At just 22 years old, Tatum has plenty of All-NBA-caliber years ahead of him to avenge this year’s slight. He’ll also reportedly get a chance to star for the U.S. Olympic team this summer.

But his play in 2021, and the players that made the Third Team ahead of him, make his exclusion from the list a questionable decision at the least. 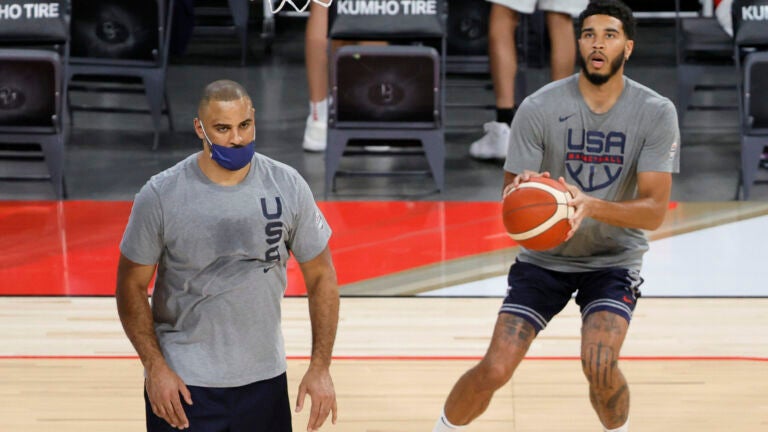