The Celtics are certain to look different next year with the departure for head coach Brad Stevens and the trading of Kemba Walker to the Oklahoma City Thunder.

But the overall plan remains the same for now: build a championship roster around the All-Star combo of Jayson Tatum and Jaylen Brown.

One former NBA executive believes Tatum in particular could be the key to getting the Celtics back into title contention — and not just with his on-court play.

One-time Celtics assistant general manager Ryan McDonough told WEEI’s Mut at Night Show Monday what he thinks the 23-year-old budding superstar must do to take his game to the next level.

“I think the next step in Tatum’s game — and I am sure he’s aware of this, he’s a smart guy — is not being so iso-heavy, so ball-dominant,” McDonough said. “He’s a gifted scorer. He may be one of the most gifted scorers I have seen come into the league in a number of years. I think the next step for him will probably be trusting his teammates, trusting the pass, moving the ball and getting it back. Trying to be more efficient without the ball and with his shots. Then, if he can do that, which I have no doubt he will be able to do it if he wants to given his talent, then other guys will want to come play with him.”

McDonough then drew on his experience with a young Devin Booker while serving as the Phoenix Suns’ general manager, saying Booker had “a lot of similarities” to Tatum early in his career.

The key, according to McDonough, is that Booker is looking to do more than just get his own shot — something Tatum must do for the Celtics.

“This year you could say some of it is due to Chris Paul, which I think it is, but he moves the ball and moves without the ball more and gets it back. He has thrived in that role,” he explained. “I have no doubt Tatum can do something similar, and if and when he does that I think he will be a very attractive guy to play with because he’s one of the best young talents in the entire NBA.” 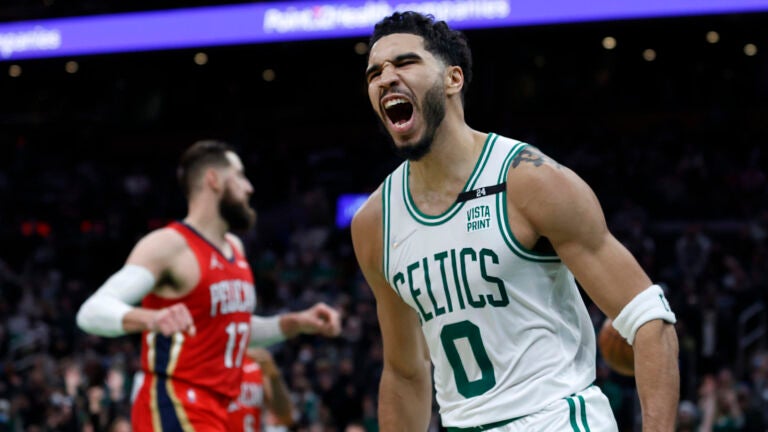