In his new role as the Celtics president of basketball operations, Brad Stevens made two enormous moves for the franchise before the NBA Finals even began.

The first was last week’s trade of guard Kemba Walker to the Thunder in return for an old friend of the franchise — Al Horford. The second occurred Wednesday, as Stevens reportedly chose his replacement as head coach: Longtime NBA assistant Ime Udoka.

Udoka will step into his first position as head coach after nine years as an assistant. He was initially hired by the San Antonio Spurs in 2012 and spent seven years coaching under Gregg Popovich before he was poached by the Philadelphia 76ers prior to the 2019-20 season. Udoka joined Steve Nash and the Nets last offseason and helped coach Brooklyn’s star-studded squad.

So who is Udoka? Here’s a closer look at the Celtics’ 18th head coach in franchise history.

Udoka has a relationship with Jayson Tatum, Jaylen Brown and Marcus Smart

Earlier this week, when Stevens spoke to the media for the first time since trading Walker, he said he stayed in “close contact” with Jayson Tatum and Jaylen Brown regarding the Celtics’ coaching search.

Udoka had a leg up as a candidate in that regard: He was an assistant with Team USA and coached both Tatum and Brown, as well as Marcus Smart. Per Stadium’s Jeff Goodman, all three players “liked and respected” Udoka.

Udoka had to grind out a career in the NBA

Udoka, a Portland native, spent his final collegiate season at Portland State University, where he averaged 14.5 points and 7.3 rebounds per game. The Charleston Lowgators of the NBDL (now the G-League) selected him with the 39th pick in the NBDL draft, and Udoka was called up to play for the Lakers in 2004. The 26-year-old was waived after just four games.

After a brief stint overseas, Udoka returned to the NBDL and averaged 17.1 points per game. The Knicks inked him to a deal in 2006, but Udoka was waived once again.

This time, however, Udoka didn’t need to travel to Europe — his hometown team, the Portland Trail Blazers, signed him and he started all 75 games in 2006-07.

Udoka averaged 8.4 points per game and hit 40.6 percent of his 3-pointers that season, but the Blazers waived him in 2007 to make room for rookie Patty Mills (who, interestingly, Udoka would later help coach to a championship with the Spurs in 2014). Udoka then spent two years in San Antonio, a season in Sacramento, and another season with the Spurs before traveling to Spain where his playing career came to an end.

Udoka can be a recruiter

During Udoka’s lone season with the Blazers, he forged a relationship with then-rookie LaMarcus Aldridge. Years later in the summer of 2015, Aldridge — by then a four-time All-Star — chartered a flight home to Dallas from Los Angeles.

Udoka was in Los Angeles as well, and Aldridge — thinking Udoka lived in San Antonio where he worked — offered his friend a ride.

Udoka agreed to hop on the jet. The only problem: He lived in Los Angeles.

En route to Dallas, Udoka reassured Aldridge that the Spurs needed his offensive prowess and didn’t want him to fundamentally change who he was as a player.

Aldridge inked a four-year $80 million deal with the Spurs later that summer.

Udoka is the first Nigerian head coach in NBA history

Udoka’s late father was born in Nigeria, which qualified Udoka for Nigerian citizenship. He played for the Nigerian men’s basketball team at the 2006 FIBA World Championships.

After leaving Portland State, Udoka created an endowment for an annual scholarship given to both a business student and a basketball player in honor of his father.

“His point of coming to America was for college,” Udoka told FIBA Basketball’s website in 2007. “He got a degree in Business Administration at Portland State, met my mother here, got married and raised his family.”

Long, who has won multiple awards including three “Outstanding Actress” NAACP Image Awards, played roles in films such as “Boyz N The Hood,” “Love Jones,” “Soul Food” and “Big Momma’s House.” She and Udoka went public with their relationship in 2010 and became engaged in 2015. The couple has a nine-year-old son together.

Presumably Udoka has no intention of getting into a brawl, but he’s up to the task if you ask his former Nigerian men’s national teammate Gabe Muoneke.

In 2007, Muoneke described a fight that broke out after a game at the African Championships in Algiers.

“[Udoka] was taking people out like in Mortal Kombat,” Muoneke wrote on Hoopshype, referencing the popular, ultra-violent fighting game. “’Finish him!’ Incredible. …

“In the middle of the whole thing I heard Ime, literally in mid-swing of another opponent say, ‘Watch back, Gabe’ and he calmly, I mean calmly, smeared a guy who, as I turned to see his warning, jumped from the stands with a chair to probably kill me or knock me out to where the crowd would have. I mean, Ime caught the guy in mid-air with a fist and calmly continued his dispatching of oncoming people.”

Udoka received rave reviews from around the league

A variety of voices weighed in on Udoka after the news broke, and opinions were overwhelmingly positive.

Rudy Gay told Stadium’s Jeff Goodman that, unlike many assistant coaches, Udoka won’t tell a player what he wants to hear and won’t back down from anyone, but “he’s got the perfect balance. He’ll laugh and joke, but knows how to be serious.”

Another anonymous coach told Goodman that with Udoka, “it’s not his way or the highway. He has an edge, but he’s not a hard-ass.”

Former NBA executive Ryan McDonough said those who have worked with Udoka see him as a “solid tactician” who is “good at developing strong relationships with players.”

But in 2015, Gregg Popovich offered perhaps the strongest endorsement.

“[Udoka] exudes a confidence and a comfort in his own skin where people just gravitate to him,” Popovich said. “He’s a fundamentally sound teacher because he’s comfortable with himself.”

“He doesn’t drink, so I can’t enjoy a glass of wine with him,” Popovich said. “He’s really boring at dinner.” 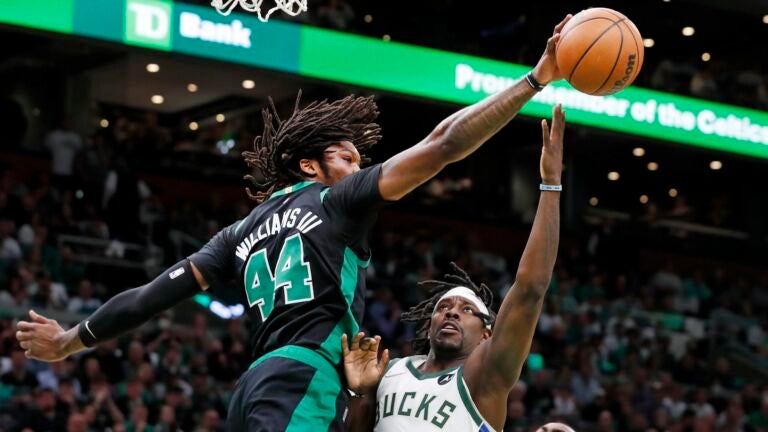