Brad Stevens might get a look this summer at a player who could become Danny Ainge’s final draft pick to join the roster: Yam Madar, who reportedly will join the Celtics at the Las Vegas Summer League.

Per international reporter Moshe Barda, Madar is currently headed to Boston for workouts before joining the Summer League team. The Celtics took Madar in the second round of last year’s draft with the 47th pick. A shifty ball-handler and slick passer with a strong defensive mindset, Madar fit a mold for Ainge.

“He’s a player we watched over in Israel play quite a bit, and we’ll see how it works out,” Ainge said last year. “The plan will probably be to keep him overseas for at least another year and we’ll evaluate him from there, but we’re anxious to watch his growth and development as a player.”

One of Madar’s question marks was his jumper, but he improved drastically in that area — 40.9 percent from 3-point range, and 82.8 percent from the free-throw line, which is often a solid predictor of long-range shooting.

The Celtics don’t have a first-round pick this season, and they could be short at point guard with just Marcus Smart and Payton Pritchard still on guaranteed contracts from last year. Madar isn’t a perfect fit since he hasn’t played NBA basketball yet, and Stevens emphasized the need for players who can contribute immediately around Jaylen Brown and Jayson Tatum, but a roster spot could be available for Madar if he proves he’s ready to enter the NBA now.

Every NBA team will play five games in Las Vegas. The event is scheduled to span 10 days beginning on Aug. 8. 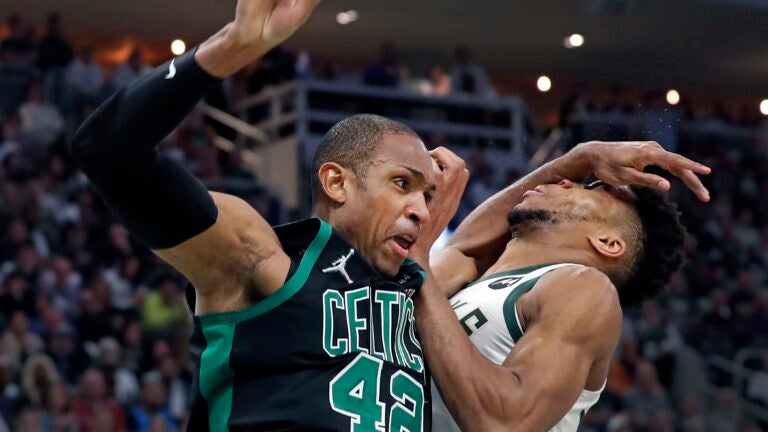 Chad Finn: Just when you counted the Celtics out, everything changed