As it currently stands, the Celtics figure to enter next season with their two young All-Stars Jayson Tatum and Jaylen Brown leading the way once again.

But for all their talent, questions have arisen both about Tatum and Brown’s leadership styles as well as how well the two co-exist as the clear faces of the team.

NBA insider Jeff Goodman of Stadium made waves last month on WEEI’s Ordway, Merloni and Fauria Show when he said the two star Celtics aren’t good friends off the court, which may contribute to chemistry issues between the two.

“They’re not buddies,” he said. “They like each other, but they don’t hang out off the court…When [Brown] and Tatum go on the court, it looks like they never played basketball together before.”

But whatever the speculation about their off-court dynamics, Tatum reiterated in an interview with Boston Globe NBA reporter Gary Washburn that the two remain strongly aligned in their on-the-court focus and are committed to getting the best out of one another.

Specifically, that means working together to bring the Celtics back to prominence in the Eastern Conference.

“That’s the goal [to make each other better],” Tatum said. “Both highly motivated and driven guys that want to be the best they can be. We just really want to win. We both really care about winning at our core. That’s the start of it. We’re going to try our best to figure it out.”

Both Tatum and Brown had stellar individual seasons for the Celtics, with both earning All-Star honors. But their team struggled with inconsistency for much of the season and suffered multiple major injuries, including the wrist injury that ended Brown’s season in May.

Boston exited the playoffs in the first round in 2021 after making the Eastern Conference Finals three times in the previous four seasons. After that, the team went in a new direction in its front office, replacing Danny Ainge with Brad Stevens, and at head coach with the hire of Ime Udoka.

But in order for the Celtics to be true contenders for an NBA title, Tatum and Brown must take on the burden of raising not just their levels of play but that of their team.

“That’s always been the goal, to get there and win one,” he said. “We always talk about all the banners that we have and seeing them every day at the Garden or at practice. That’s all that really matters, especially in Boston, is getting another championship.”

Tatum also says he’s embracing his role as the Celtics’ biggest star and having a bigger hand in the organization, including his input on Udoka’s hire as the new head coach.

“That’s the position I’m in now,” he acknowledged. “I’ve got to embrace it because I’m invested and I’m a part of all of this and [I embrace] just having my hands on. I got a feel for things going on with the team and the organization and I think it’s only right.” 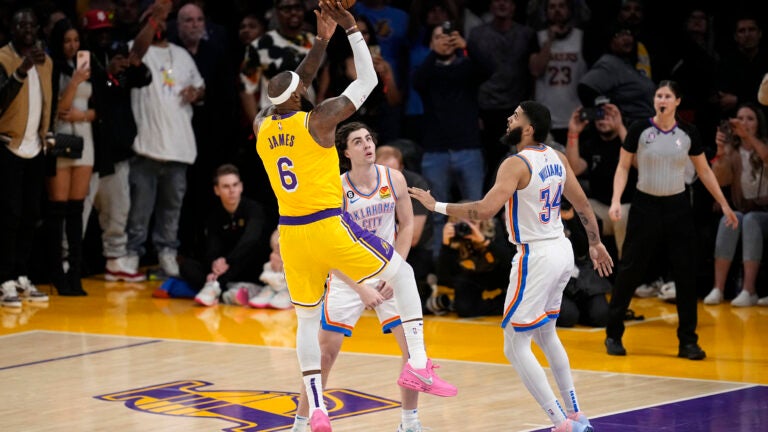