The Celtics ended their impressive Summer League performance with a clunk on Tuesday, falling to the Kings and their stifling defense 100-67.

1. After revving the hype engine to ear-splitting decibels in his first three games, and then revving it again by scoring 92 points in a pro-am game in Portland, Payton Pritchard couldn’t overcome Davion Mitchell. The Kings guard — whose nickname is “Off Night” — held Pritchard to just six points on 3-for-9 shooting.

Celtics Summer League coach Joe Mazzulla blamed himself for Pritchard’s struggles after multiple national outlets called Pritchard one of the best — if not the best — player at Summer League.

“I could have put him in better spots vs. the blitz for him to make the right read,” Mazzulla said. “And Davion’s a great defender. Payton’s a great player and it’s just two good teams going at it. I think they got the best of us, I don’t think there’s much more than that.”

2. The story of the game was relatively simple: The Kings shot just three percent better than the Celtics, but they took a staggering 36 more field-goal attempts. They finished with 18 steals, while the Celtics turned the ball over 28 times.

“29, don’t sell us short,” Mazzulla said dryly, likely referencing an internal box score since the official box listed 28. “… They had active hands, great ball pressure. I thought coming into the game we were pretty much the same exact team as far as physicality and the way they ran in transition. They pretty much beat us at our own game today.”

3. Aaron Nesmith struggled from 3-point range again — just 2-for-8 — and finished with 12 points. After an initial flurry in which the Celtics went up by double digits and he buried a nice-looking hand-off 3-pointer, the Kings never let him get comfortable.

“As a whole team, they did a good job of speeding us up,” Nesmith said. “So as the game went on, we were trying to slow ourselves down and run our offense and do the things that we’ve done the last four games to get to this moment. We didn’t do a very good job of getting back to that.”

At Summer League, however, Nesmith showed some intriguing overall flashes even when his shot didn’t fall. He handled the ball effectively and scored going to the rim, which wasn’t really part of his arsenal in college.

“So that’s what I’ve been working on. That’s what I’ll continue to work on when I go back to the gym once we land and that’s what I will carry into next season.”

4. The Celtics seemed very disappointed, even though Summer League results will soon be forgotten.

“I told them in the locker room after the game, the way they felt after the game goes to show who they are as people and players,” Mazzulla said. “They’re competitive, and they want to be held accountable.”

Nesmith said his main goal at Summer League was the championship.

“It’s a humbling experience. We played really well the first four games. Kind of blew teams out and then to come into this game and kind of be on the other end of the story, it hurts, it sucks. It’s just motivation to get right back to the drawing board tomorrow morning and get right back to work.” 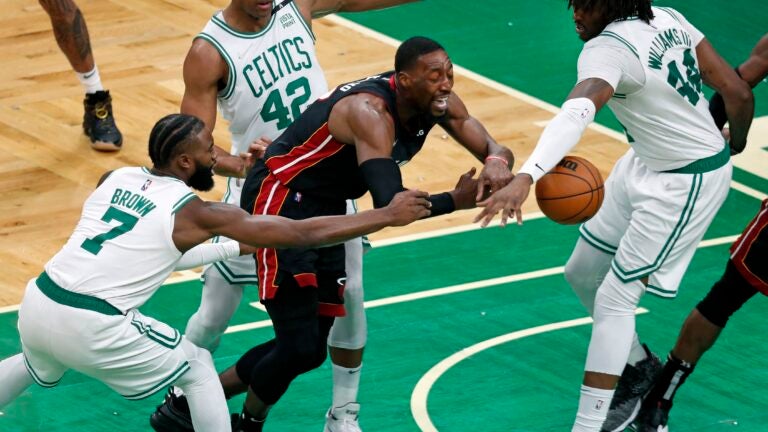