Running a basketball team means making hard decisions regarding people you like, as Celtics president of basketball operations Brad Stevens learned right away when he traded Kemba Walker.

In an appearance on WEEI’s Ordway, Merloni and Fauria in support of the Jimmy Fund, Stevens talked about the challenges he’s encountered in his first few months at the helm of the organization. The first one came quickly: Two weeks after stepping into his new role, Stevens dealt Walker to the Thunder for old friend Al Horford.

“Trading Kemba right off the bat was not fun, was not an easy thing to do,” Stevens told the hosts. “But obviously the opportunity to get Al back and some of the things it opened up the opportunity to do as we try to build toward the future, it was just part of it.

“This is the unfortunate part of this business, unlike college when you usually have guys together for four years and that relationship usually spans the total of six years. That’s not always the case.”

Recently, Stevens extended three players — Marcus Smart, Robert Williams, and Josh Richardson. Both Smart and Williams have been with the Celtics since they were drafted.

“When we’re fortunate to have guys that we can draft, grow and watch them enhance themselves on and off the court, and then extend them, that’s a pretty special feeling,” Stevens said.

The hosts asked Stevens whether he believes this year’s team could win a championship. Stevens balked, saying the media is responsible for putting ceilings on teams.

“You guys get paid to do that,” Stevens quipped. “I’m good.”

Stevens does, however, feel like the Celtics are in a good place both because their foundational pieces are young and because they have the flexibility to build toward the future.

“We want to be good,” Stevens said. “How good will depend on how well we play together, how we accentuate each other’s strengths, how we find a way to play the game in a way that everybody that knows something about basketball or doesn’t know something about basketball says, ‘That’s pretty special, that’s pretty unique, that’s the way we want to look, that’s Celtics basketball.’ That’s what we’re shooting for.

“As you look across the league, I feel really good about where we are now. I think we can be a good basketball team but I think we can also continue to build and hopefully get what we all want.” 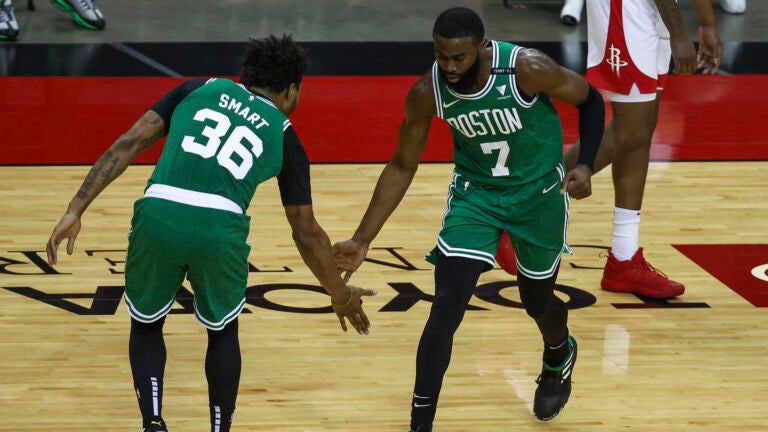