Former Celtics star Paul Pierce will be inducted into the Basketball Hall of Fame on Saturday. While Pierce was a consistent All-Star on a Hall of Fame path over his first nine seasons in the league, he lacked that one signature moment nearly a decade into his career.

From 1998-07, Pierce’s Celtics teams failed to make much of a spark in the playoffs before holding the second-worst record in the league in the 2006-07 season.

Things changed though following that miserable season. The Celtics acquired stars Kevin Garnett and Ray Allen in a pair of trades, giving Pierce the help he needed to get over the hump.

Ahead of Saturday’s induction ceremony, Pierce shared how lucky he was for those trades to happen, and why he doesn’t blame star players for teaming up.

“So all these things had to line up, whereas today guys manufacture playing with each other, building super teams through free agency, building friendships. And I have nothing against that. That’s why I take so much pride in being with the team I was with so long, going through the tough times and finally being able to win a championship.”

As Pierce alluded to, the forming of the Celtics’ new “Big 3” was an instant success. Garnett won Defensive Player of the Year, Allen filled in seamlessly as the third star, and Pierce continued to be the team’s leading scorer en route to a 66-win regular season. Following some early bumps in the playoffs, the Celtics won their 17th title that season, beating the Lakers in six games with Pierce winning Finals MVP.

However, that was the peak of the new “Big 3”-era in Boston. A knee injury to Garnett led to a second-round exit in 2009 and the Celtics just didn’t have enough to beat the Lakers in 2010, losing to them in seven games in the NBA Finals that year.

Pierce’s final three seasons in Boston saw the Celtics competing among the best in the Eastern Conference, but they failed to beat the Heat twice before falling to the Knicks in the first round in 2013.

Despite the “pride” he took in winning a title with the Celtics in 2008, there is a regret Pierce has.

“The only regret I have is not winning that second one. That’s it,” Pierce said.

Pierce’s time with the Celtics ended following the 2013 season, getting traded along with Garnett to the Nets that summer. During his 15 seasons in Boston, Pierce was named an All-Star 10 times, made an All-NBA four times, and ended up becoming the Celtics’ second all-time leading scorer.

Prior to his Hall of Fame induction ceremony in May, Garnett shared that his lone regret was not joining the Celtics sooner. That’s not a regret Pierce had to share.

“Joining the Celtics was a dream come true as a historian of the game,” Pierce said. “To be a part of a tradition, I could not have asked for anything better. I am happy that I could create some history for one of the greatest’s sports franchises ever.” 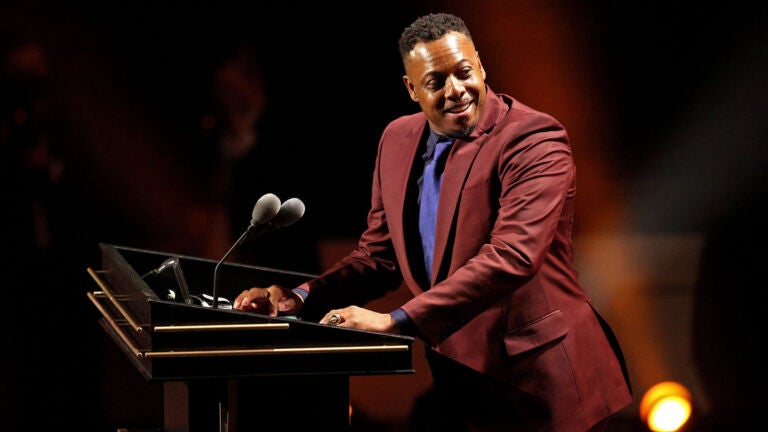