The Celtics have 23 retired numbers, including Schröder’s favorite number 17. Rather than choosing a new one himself from the selection of unclaimed and un-retired numbers, however, Schröder will let Celtics fans choose for him.

The prospective numbers include 8, 71, 80, 84, and 96. As noted by Chris Forsberg above, every one of the numbers would be a new one except for No. 8 — worn most famously in team history by Antoine Walker. No. 71 might make some sense, since it is simply Schröder’s preferred 17 backwards. Schröder was the 17th pick in the 2013 draft.

Schröder added an addendum that he would prefer not to be 96, since his favorite soccer team — Eintracht Braunschweig — is a rival of Hannover 96. Hannover 96 fans are reportedly driving 96 far into the lead, much to Schröder’s chagrin.

Voting will take place on Schröder’s app, if a Dennis Schröder iPhone app is of interest.

Whatever number Schröder chooses, the Celtics are happy to have him on board.

“I think we were really fortunate,” Brad Stevens said last month. “We obviously were very cognizant of what we had from a resource standpoint in free agency and Dennis was a guy that if you would have asked me on the first day, first two days, it probably would be unlikely that we would be able to be in play for him.

“But he is, again, super edge, super competitor, is a guy that can impact the game at so many levels and plays both ends of the court. And so those guys, they just give us a lot of flexibility.” 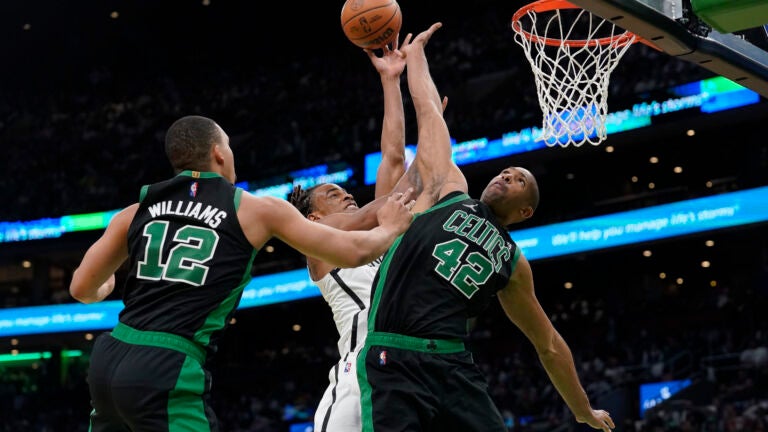