How will the Celtics stack up in the standings this season? ESPN has middle-of-the-road expectations.

In their latest predictions, the network picked the Celtics sixth in a revamped Eastern Conference that features at least two genuine contenders and several teams on their heels. The Celtics — at 45-37 — slotted in behind the No. 5 Hawks but ahead of the No. 7 Knicks. The Nets, Bucks, 76ers and Heat filled out the rest of the top five, respectively.

“The Celtics, after being one of the most stable organizations in the league for years, come into this season dealing with all sorts of changes,” ESPN’s Tim Bontemps wrote. “Danny Ainge left his longtime post as president of basketball operations — only for Brad Stevens to leave the sidelines and replace him.”

Bontemps noted that the Celtics added depth with Josh Richardson and Dennis Schröder — two veteran players the roster desperately needed last year. The Celtics also brought back Al Horford, shoring up their big rotation. With a little more health luck, the Celtics could be a much tougher team than the disappointing squad that needed a Herculean effort by Jayson Tatum in the play-in game just to get wiped out by the Nets in the first round.

Still, the East is better too. Outside of the powerhouse Nets and Bucks, the Sixers might be able to find a trade for Ben Simmons that better complements Joel Embiid. The Heat added Kyle Lowry and retained plenty of talent. Trae Young and the young Hawks core will be one year older. Even teams in ESPN’s play-in section are improved: The Hornets and Bulls can both make a playoff run.

The Celtics seem to have their eyes on next offseason, when they could pursue a star like Bradley Beal or Zach LaVine via sign-and-trade. But a good year under new coach Ime Udoka would be an important step toward building a team that contends in the future. 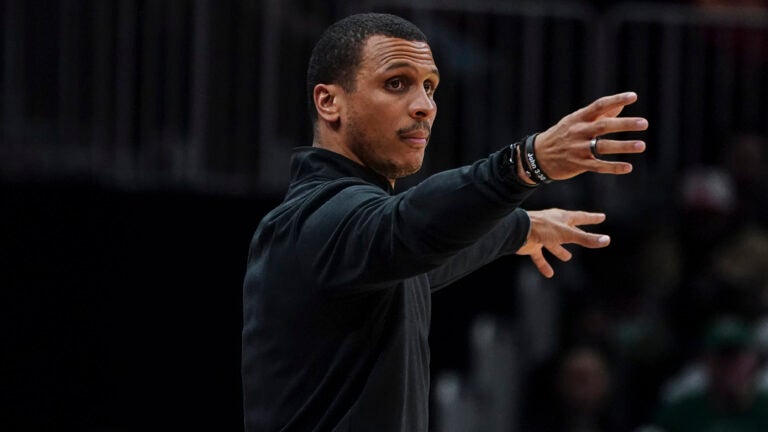 Adrian Wojnarowski: Joe Mazzulla will be the Celtics' 'long-term coach'