As the Celtics prepare for a new season, Jayson Tatum is setting high goals for where he wants to be as both an individual and team player.

“I just got to be better. I have to elevate my level from being one of the top 10 to 15 players to a top-5 player,” Tatum told Marc J. Spears of The Undefeated in a recent interview. “I have to try to make everyone else around me better.”

Having just spent part of his offseason helping Team USA win a gold medal at the Tokyo Olympics, Tatum returns to Boston after experiencing an extremely competitive environment among some of the NBA’s best.

“I plan to take what I learned into next season,” said Tatum. “I spent half of my summer playing against the best players in the world. I played against KD [Kevin Durant] in practice, Book [Devin Booker] and all those guys. I feel like I got an early start to the season and will take it to the next step.”

The road to Olympic glory was far from easy for Team USA. Notable pre-Olympic losses to Australia and Nigeria were compounded by a defeat against France in the first game of the tournament.

But in the end, the U.S. still found a way to emerge as champions. In the gold medal game — in which the Americans avenged the earlier defeat to France with an 87-82 victory — Tatum’s 19 points was second only to Durant’s 29 (and the Celtics forward led the team with seven rebounds).

“It was amazing,” Tatum told Spears of the Olympic journey. “Obviously, we had a rocky start in Vegas the first game. It just made it that much sweeter. A lot of people were doubting us. They were questioning whether we could win or not.” 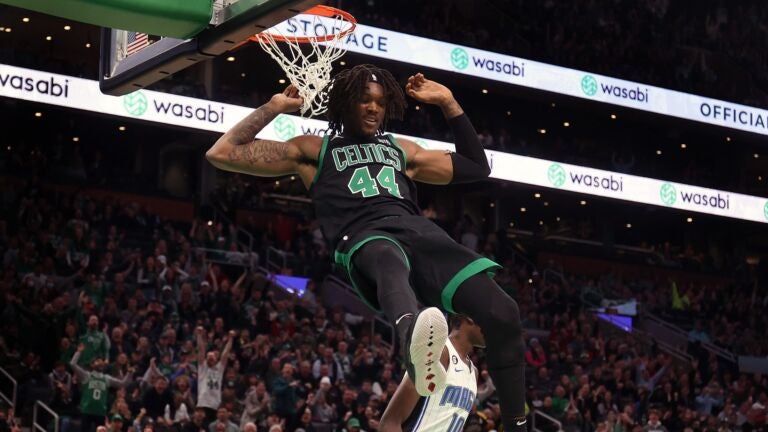 The Celtics’ priority should be clear: health and rest for their top eight players